James Gunn: “There are no real plans” for ‘Guardians of the Galaxy 3’, Me: Yeah Okay. 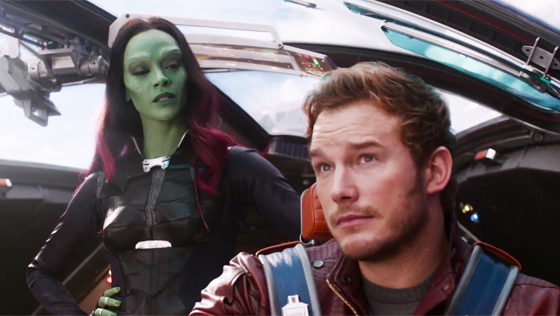 James Gunn said there are no real plans for GoTG 3. I assure you, Mr. Gunn, that Marvel is certainly planning on milking that zillion-dollar franchise a third time. As for your involvement in the movie? I’m not sure, maybe you do leave the series. Who knows. If the sequel rules, I hope you stay.

Guardians of the Galaxy” helmer James Gunn says there are still no plans for a third film, and that he’s not sure yet if he’d want to return to direct another outing with the beloved intergalactic a-holes.

Asked by a fan if a “Guardians of the Galaxy 3” is in the works, Gunn replied on his Facebook page, “There are no real plans, and I haven’t made up my mind yet what I’m doing next.”

Additionally the fan asked Gunn what it’s like to work with star Chris Pratt — to which he replied, “Chris is one of my closes friends in the world, and I love working with him.”

Gunn previously clarified that “Guardians of the Galaxy Vol. 2” isn’t meant to “lead to anything else,” confirming that there will be no Thanos — or Infinity Stones — in the film. “I’m dealing with this one story. It’s not like I have to change something now for something in the future. It’s more like whatever happens in the future will have to be changed by what’s created now.”