‘U.S.Avengers’ is Marvel’s new ‘Avengers’ squad and its so odd that I’m in 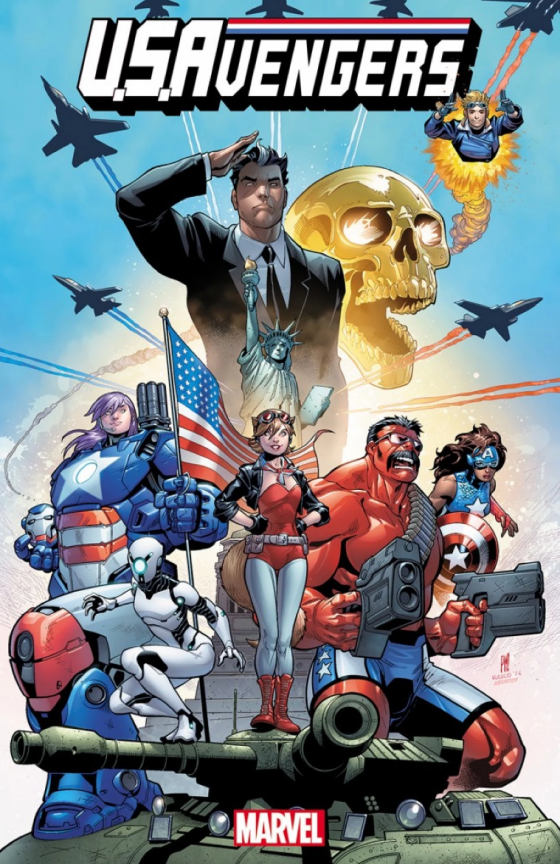 First typical liberal Anarchist response to U.S.Avengers? What is this typical jingoistic garbage? But then I saw Red Hulk rocking sunglasses and a serious amounts of ammo across his chest. I was sold. Like, seriously. What an odd ball group of heroes, what an odd ball idea.

As part of its upcoming Marvel NOW! initiative, Marvel Comics has announced a series starring an all-new Avengers team: the “U.S.Avengers.” The book comes from writer Al Ewing and artist Paco Medina, the creative team currently on “New Avengers.” The book also looks like it will continue where “New Avengers” leaves off once the dust has settled from “Civil War II.”

The book will see Sunspot’s Avengers Idea Mechanics evolve into the American Intelligence Mechanics, a new organization endorsed by the government and poised to replace S.H.I.E.L.D. In addition to Sunspot and “New Avengers” members Cannonball, Pod and Squirrel Girl, the new roster will include Red Hulk, a new Iron Patriot and a Captain America from the future. The new Iron Patriot is Toni Yinsen, daughter of Ho Yinsen (the scientist that helped Tony Stark build his original Iron Man armor). The new Cap is actually a future version of Danielle Cage, the daughter of Luke Cage and Jessica Jones. Cage Cap previously appeared in the Al Ewing-penned “Avengers: Ultron Forever” storyline.

“We wanted a couple of members that’d speak to the U.S. in the title — hence super-scientist and supporting player Dr. Toni Ho stepping up to the main team as the new Iron Patriot, and General Ross waiting in the wings as the Red Hulk,” Ewing told The Washington Post. “And, of course, Danielle Cage, the Captain America of about thirty years in the future, who’ll be joining us for at least the first arc, as an enemy from her time comes to ours to stir up trouble.”