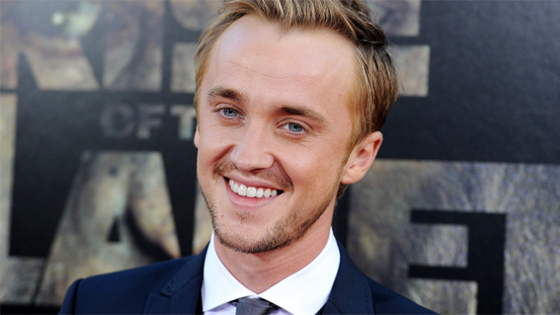 This is one of those news stories that I keep seeing everywhere. And I begun wondering if I should cover it. Like, I don’t give a fuck about Harry Potter, or Draco Malfoy. And I certainly don’t give a fuck about The Flash. But maybe, maybe one of the few souls who frequent this place do? And they’re really excited? So I should share it? Cause people’s happiness makes me happy, even if I can’t get excited by the source of it sometimes.

In some exciting casting news, Tom Felton will join The CW’s The Flash as a series regular. The actor has appeared in TV roles before in shows likeLabyrinth and Murder in the First, but nothing quite like The Flash.

TV Line reports that Felton will play Julian Dorn, “a fellow CSI at the Central City Police Department who suspects there’s more to Barry Allen than just his good guy reputation.” Apparently, Dorn himself has some secrets as well that we’ll learn about as the season progresses. Blastr points out the original casting breakdown calls him “Barry’s slightly older, slightly geekier contemporary” who’s “as smart as he is intuitive.” It’s unclear whether Felton will play the antagonist-type character we all know and love him for, or perhaps an adversary. We’ll just have to wait and see!

Grant Gustin has already given a look what direction the show will be taking, and it’ll be interesting to see what kind of role Felton’s character will take. The Flash returns for its third season October 4th.