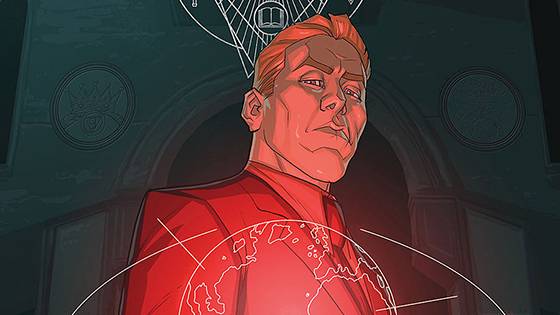 How many narratives can you fit into your skull, concurrently? How many narratives can you ingest whole hog, before the sheer volume of whole hog-narratives begin to compromise your enjoyment of each one of those narratives, individually? It’s something I struggle with, if no one else does, on a daily basis. The amount of comic books that drop on a given week worth reading, just the ones you know about, are aware of, is staggering. Then combine those titles with an entire month’s. Then combine those an entire year’s. Then combine those with all the movies you watch, games you play, television you ingest. Narratives upon characters upon tropes upon motifs upon subtexts, forever and ever, twisting and writhing in on themselves until they’re one anxiety-inducing pastiche of memorable immemorable moments. Granted, that’s if you, like me, place value on doing something other than simply ingesting. If you dare yourself to pause, if you dare yourself to find the time to pause, and reflect upon what you’re consuming. Slamming shut the consumer-gullet for but a moment and attempting to dig your fingernails into the meat of the mess.

What does this have to do with comics? Comic books present the clearest ideation of this problem for me. Week after week, what should be enjoyment, presents itself as an onslaught. Eat all these narratives, Ian. Mash them in mouth, swallow them whole, then try and find the will to remember the story lines and the energy to poke around at the edges of the comic books’ themes, ideas, et cetera.

All of this is to say I’m feeling a bit overwhelmed with the Comic Book World, but hey. I’m here.

This is Buy These Flippin’ Comics!!!. The (theoretically) weekly column where I list what I intend to purchase on a New Comic Book Day. Provided my anxiety can be contained, that my medicated moat staves off the Enormity of It All. Per usual, hit up the comments section with your own purchases. My list is by no means all-encompassing, or reflective of a “Best Of TheWeek”, but rather the titles I’ve stumbled across. TL;DR if this list sucks, please help me by pointing out what I missed.

Don’t know what dropped this week? Here’s the list. 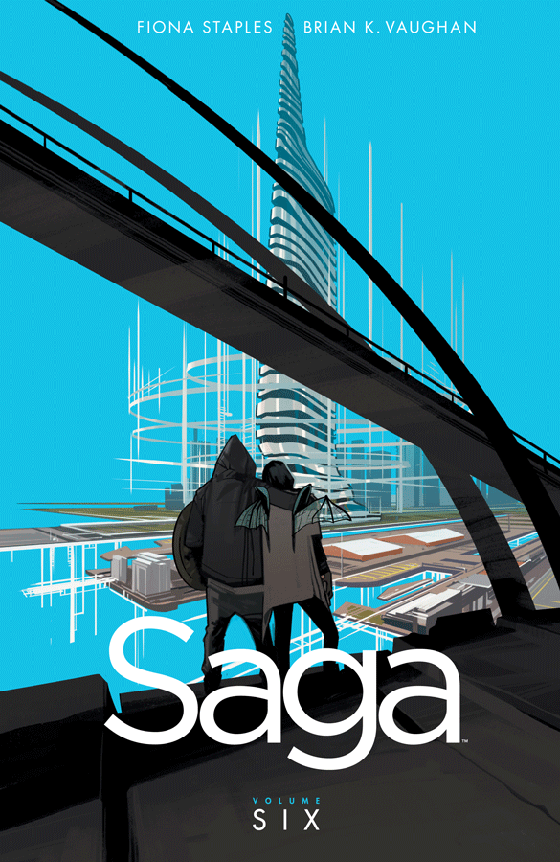 I’m behind on Saga, man. Like, way behind. We’re talking probably midway through the fifth collection behind. Why? How can I be goddamn behind, if I love the comic so? I’ll tell you. This comic fucking wrecks me on the regular. For a good while there, the question while reading Saga became, “Can I make it through this issue without getting teary-eyed?”

I can’t recall the time when the answer was “Yes”, and so here we are.

Little more to say about it, though. Either you’re reading Saga, intending to read Saga, or fucking up so, so, so fucking colossally. 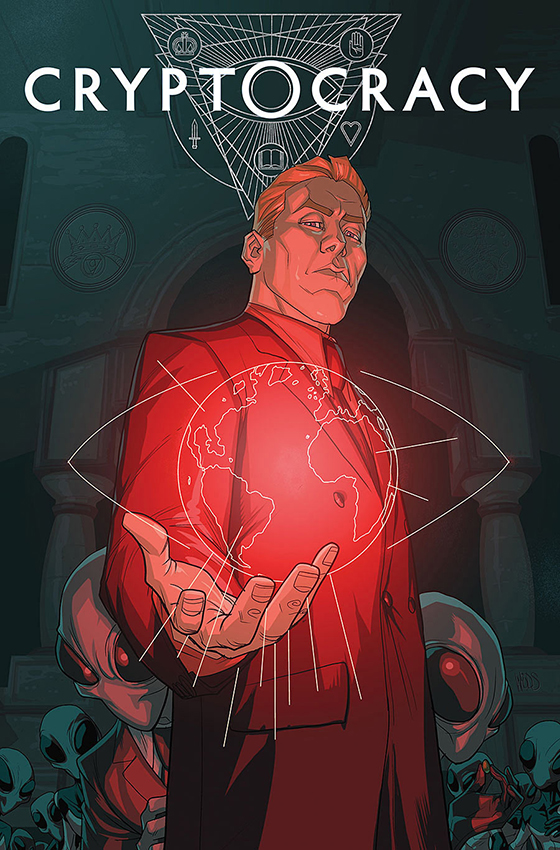 This comic? This comic right here? It seems to piggy back on the familiar axiom. You know the one, “You’re Born Alone. You Die Alone…and in-between your life is shaped by nefarious shadow governments and cabals like the Illuminati, Bilderberg Group, and what this comic is calling the Nine Families. Got what appears to be some aliens poppin’ off, too. 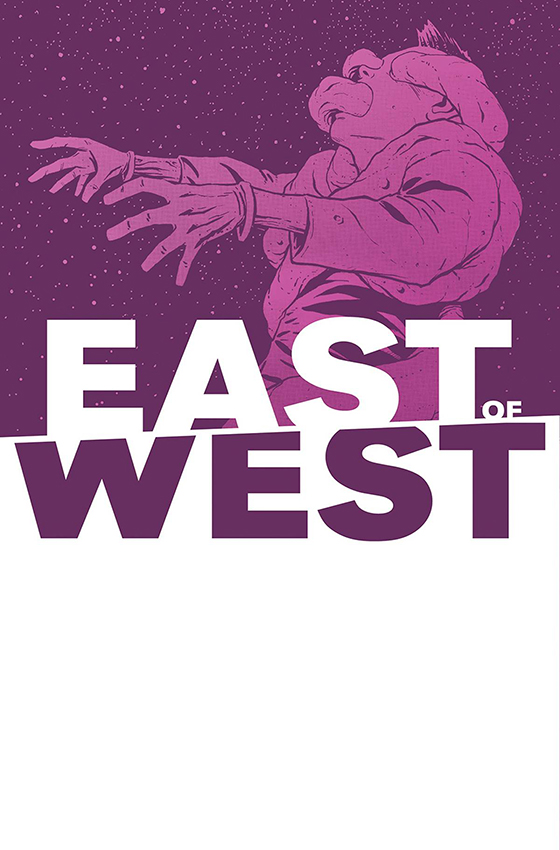 East of West is the realest, man. Some real Dostoevsky shit. Cast of characters spanning into the what, maybe dozens at this point? Everyone and anyone spouting off on the End of the World or the Nature of Man or the Fabric of Reality, half the time addressing all of the above in one of Hickman’s many moments of pontificating. I imagine some find it a slog, especially given the tendency to ingest, as I mentioned above, ruthlessly. Viewing the pull-list sitting on your digital or meat-space comic pile as more of a culling than an appreciating. Or, maybe some just don’t want relentlessly ponderous narratives wrapped around gorgeous Dragotta art.

Though, I have to say, Hickman and Dragotta dedicated an entire issue to a woman with cyborg arms ruthlessly slaying all sorts of motherfuckers.

I’m here with the comic until the Eschaton, though. I’m here. 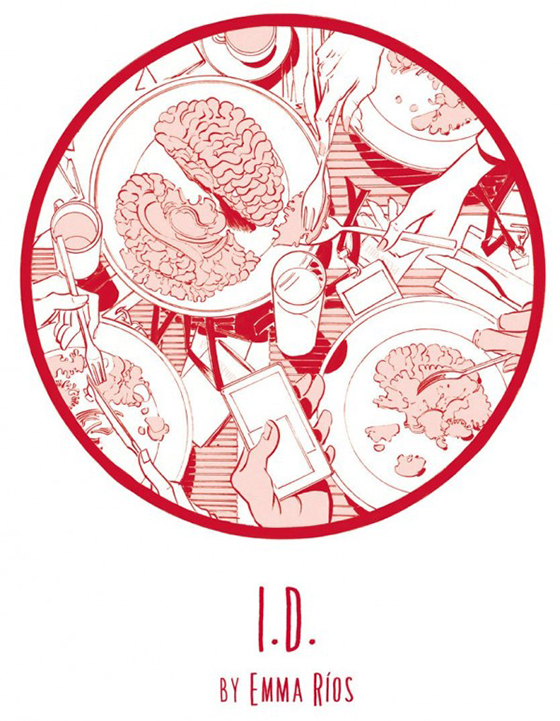 Okay, so a few dope releases hit the shelves last week while I was huffing used gym socks and attempting to navigate the Etherverse. Bitch Planet shipped its newest issue, and I’m excited to crease the digi-spine on that one. Meanwhile, Marvel’s ruthless Not-Batman arrived with Nighthawk #2. Really feeling this title, given that its got Ramon Villalobos, pink blood, and an interesting investigated into Chicago-based gentrification. Too odd to live, too rare to die. Except it’s probably going to die, but I’m surfing the title while it still issues forth. Meanwhile, Lazarus was also released. So like, there are multiple Forevers? Cloned and cloned and cloned, each expendable in the Rich and Powerful’s quest for More and Power and More Power? Relatable, breh. Come for Rucka’s challenging of the Technocratic Plutocracy, stay for Lark’s visuals (and Rucka’s examination).

Took a flyer on a trade paperback, too. Emma Rios’ I.D. has been running in the Image anthology Island, and from all indications it’s tasty and sci-fi. I hadn’t read it (if you think comic books give me anxiety, anthologies melt my soul), but I went ahead and bought the collection. Arriving soon. Arriving soon! Come, come trade paperback. Arrive on the gilded wings of online store delivery men. Wash over me, trade paperback, grant me the good feeling of materialistic acquisition, if nothing else. If nothing else, given that I may stow you on the perpetually growing “Need to Read” stack, and eventually curse your existence.