Space Swoon: The Dark Side of…Pluto 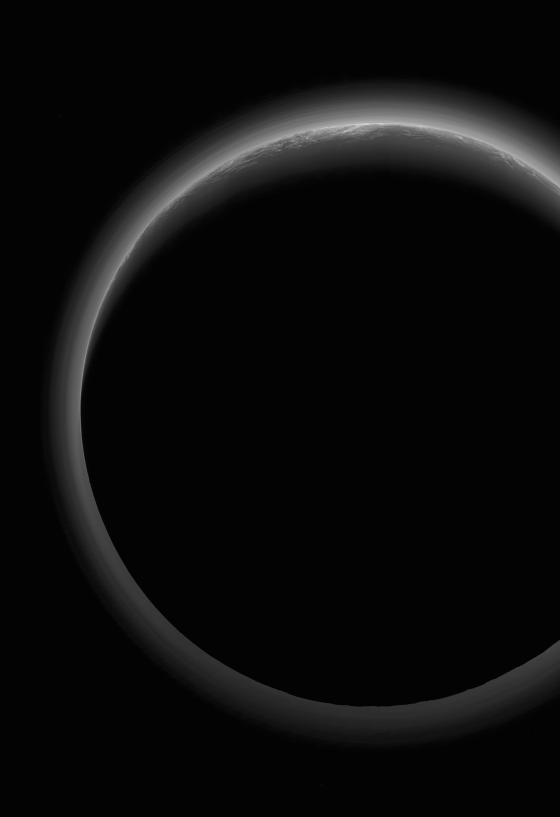 NASA’s New Horizons spacecraft took this stunning image of Pluto only a few minutes after closest approach on July 14, 2015. The image was obtained at a high phase angle –that is, with the sun on the other side of Pluto, as viewed by New Horizons. Seen here, sunlight filters through and illuminates Pluto’s complex atmospheric haze layers. The southern portions of the nitrogen ice plains informally named Sputnik Planum, as well as mountains of the informally named Norgay Montes, can also be seen across Pluto’s crescent at the top of the image.

The image was obtained by New Horizons’ Ralph/Multispectral Visual Imaging Camera (MVIC) approximately 13,400 miles (21,550 kilometers) from Pluto, about 19 minutes after New Horizons’ closest approach. The image has a resolution of 1,400 feet (430 meters) per pixel.  Pluto’s diameter is 1,475 miles (2,374 kilometers).