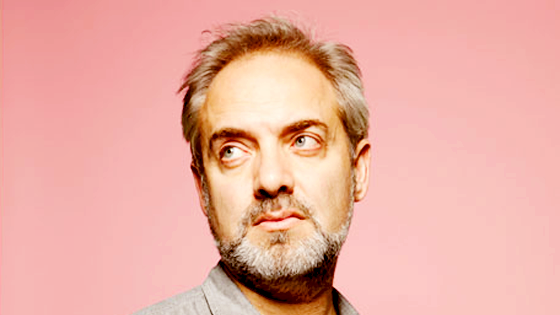 Sam Mendes directed the last two James Bond movies. And whatever the problems with the plot one may have (even I fucking hated Spectre), they were unflinchingly gorgeous. So it’s with a heavy heart that I announce he’s leaving the franchise. Along with, it seems, Daniel Craig. But bring on Tom Hiddleston! But bring on another talented director, please!

After directing two installments of the franchise back to back, Sam Mendes is stepping back from James Bond. The director of Skyfall andSpectre confirmed his departure earlier today at the Hay festival, according to the Guardian.

This comes just days after rumors escalated that Tom Hiddleston – or maybe Jamie Bell – would be taking over the title role of of the franchise. Mendes has noted that he was reluctant to take on another Bond film afterSpectre back in November, but as of today he’s made that official.

“It was an incredible adventure, I loved every second of it,” Mendes said at the Hay festival, of his five years working on Bond. “But I think it’s time for somebody else.”

The director indicated that he wanted to work on a fresh new story with new characters.

Another Bond film is inevitable, but with the departure of the two most visible figures in the franchise, we have no idea when we’ll see Bond on the big screen again.

Who would you want to see direct a Bond movie?

[The Guardian via Variety]