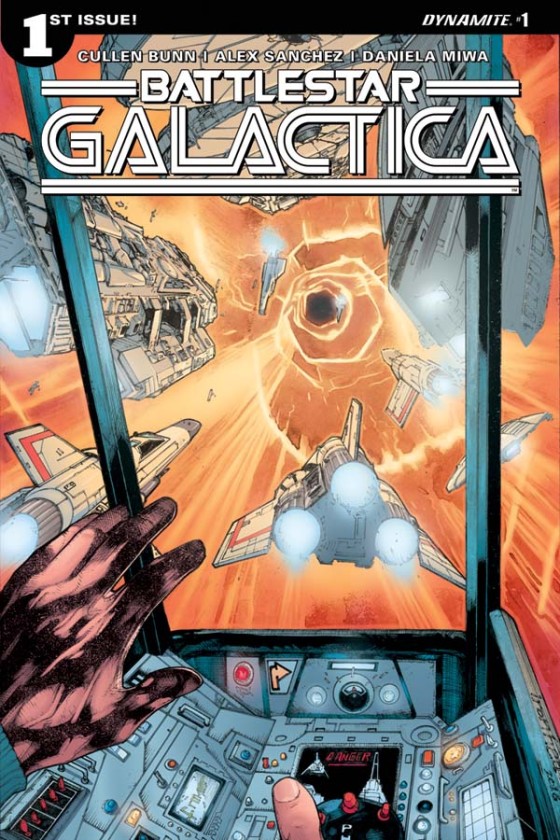 I probably won’t read the Battlestar comic. That said, I imagine it is going to be considerably better than whatever the Bryan Singer-produced movie reboot is going to puke up. I mean, Cullen Bunn and Alex Sanchez rule. But I’m hesitant to overwrite my fond, fond memories of the RDM. This is more a personal flaw than anything.

According to the official series description,

Humanity’s search for sanctuary takes our heroes beyond the limits of known reality and into a cosmic mystery where the hunters become the hunted, ruin and despair dot the skies, and Adama goes where friend and family can’t follow. Cullen Bunn and Alex Sanchez invite you on a journey unlike any in the annals of “Battlestar Galactica!”“‘Battlestar Galactica’ is a franchise that meant a lot to me in my formative years, and now I have the opportunity to build on the cosmic mythology that was left behind when the television series ended,” Bunn shared in a statement. “I’ve been given the chance to write characters that I love (and a few characters that I love to hate) within the universe (and following the rules) of the classic series. At the same time, I’m going to be doing something a little different, taking the story in a new direction that will provide fresh stories but will also honor everything that came before. I’m using some of the most mind-blowing aspects of the TV show to fuel a new story that I think old and new fans alike will enjoy.”

“The thing that most excites me about working on ‘Battlestar Galactica’ is the chance to draw the characters, ships, and concepts that Ralph McQuarrie created for the original series. He’s one of my art heroes,” said Sanchez. “I hope to do the material justice and give it a late 70’s, early 80’s feel, and hope that fans will react positively and enjoy the story and my art. With the creative team assembled, I know that they will!”