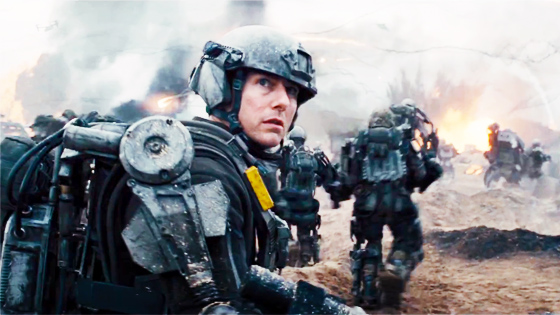 I enjoyed Edge of Tomorrow, but it was my no means a runaway success. That said, I’m excited that it is getting a sequel, even if I have no idea what the fuck it it will look like.

The long-rumored Edge of Tomorrow sequel just tapped Joe Shrapnel and Anna Waterhouse to write the screenplay, Deadline reports. Doug Liman, who directed the first Edge, is set to direct, despite some reports that Christopher McQuarrie would direct.

In 2014’s Edge of Tomorrow, Tom Cruise played a public relations officer sent to document a war against aliens capable of predicting the future and toying with time. After he’s killed in combat, he gets stuck in a time loop that lands him back in the day before he dies, where he can help Emily Blunt’s Rita Rose Vrataski win the war. The film was a slow-burning hit that eventually grossed around $100 million in the US and $270 million internationally, according to Deadline.

So far, the sequel has yet to be officially greenlit and plot details are still scarce. Cruise and Blunt are both rumored to be returning, but so far, neither has confirmed.