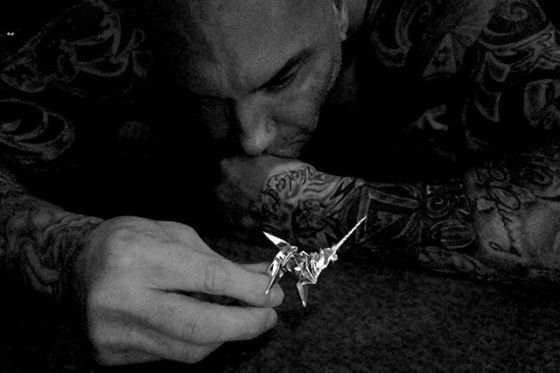 Bro. Drax The Destroyer is up in Blade Runner 2? I fuck with it. But I’ll stop fronting: I’m down for anything Blade Runner 2 until its proven that it sucks. Which, for me, given the director, and the cast, will have to be in the theater.

News about the Blade Runner sequel has been coming in fast and furious in recent months. We know that the film will be released in January of 2018, and that names like Ryan Gosling and Robin Wright have been attached to the cast. Now, it appears as though the newest person to join Harrison Ford in the Denis Villeneuve film will be none other than six-time WWE world champion, Dave Bautista.

Batista teased an announcement on social media on Saturday and included a picture of him holding a small origami unicorn. For some wrestling fans, they initially thought it may be a reference to Batista joining up with famous unicorn lovers and the current WWE tag team champions, The New Day, for their match this Sunday at WrestleMania, even though it was previously reported that he had turned down an appearance at the event.