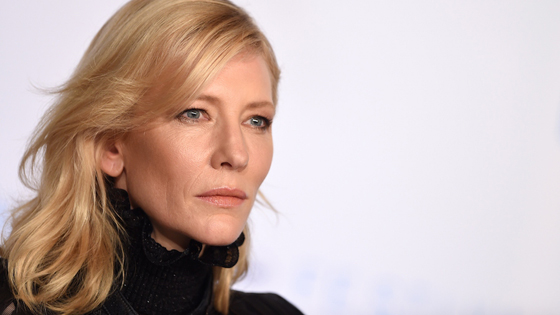 Cate Blanchett ain’t even been confirmed for Thor: Ragnarok. But that hasn’t stopped us, the Internet Collective, from learning her role. Potentially.

According to Geek.com, Blanchett will be playing Hela, ruler of the realm of the dead, Hel. Hela, in the comics, has complete control over the souls of the dead in Asgard, and will be in cahoots with Loki, who you might remember pulled a fast one at the end of the last movie and is currently pretending to be Odin.

Why, precisely, Loki would be working with the queen of the dead is an open question, especially because Thor: Ragnarok is described as a road movie mostly set in space. Rumor has it that she destroys Mjolnir, putting Thor on a quest to find a weapon that’ll send her back to Hel and save the universe, and foil the plot Loki and Hela have in motion. Considering Mark Ruffalo has mentioned Midnight Run as a good comparison, we imagine that weapon is not a something, but a someone who will not be happy he’s being dragged to Asgard.

We’ll be waiting a while to find out. Thor: Ragnarok arrives November 3, 2017. But don’t be surprised if we hear more soon, especially with two Marvel movies arriving this year.