Archives
« Watch: Larry David in ‘WWE 2K16’ mauling all sorts of ass
Telltale Games is working on a Batman game »

Hideo Kojima was banned by Konami from attending Game Awards 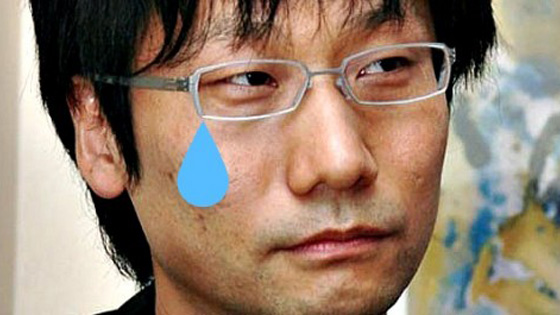 Hideo Kojima was supposed to show up to the Game Awards. He was supposed to accept an award for Metal Gear Solid V, which is by all accounts his final work on the franchise. ‘Cause, his ass is fireddd!!! #Vince McMahon. But apparently bro couldn’t even do that, because Konami banned his ass from attending the show. The weakest of sauces.

Metal Gear designer Hideo Kojima was apparently not allowed to attend tonight’s Game Awards, per an announcement by host Geoff Keighley. A lawyer for Konami reportedly barred Kojima from attending, nor accept his awards. The Phantom Pain’s Kiefer Sutherland accepted one of Metal Gear’s awards on his behalf. When the news was revealed, the audience boo’d in protest.

“As you noticed,” said Keighley. “Hideo Kojima is not here with us tonight and I want to tell you a little about that. Mr. Kojima had every intention of being with us tonight, but unfortunately he was informed by a lawyer representing Konami just recently that he would not be allowed to travel to tonight’s awards ceremony to accept any awards. [crowd boos] He’s still under an employment contract. And it’s disappointing and it’s inconceivable to me that an artist like Hideo would not be allowed to come here and celebrate with his peers and his fellow teammates.”

Previous reports suggested Kojima had a non-compete through December, which may explain why Kojima was unable to show up to The Game Awards.

As Brian Ashcraft wrote about last night, a PR person at Konami accepted an award for The Phantom Pain at Sony’s PlayStation Awards in Japan last night.

Konami has not responded to my request for comment.