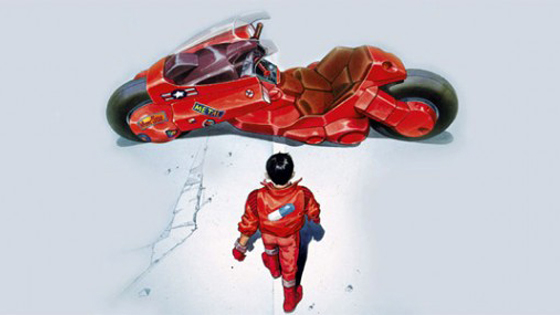 A live action remake of the beloved 1988 anime Akira, based on Katsuhiro Otomo‘s hugely popular manga of the same name, has been floating around Hollywood for over a decade, attracting and dropping actors and directors at a shocking rate (at one point, Garrett Hedlund and Kristen Stewart were set to star). For whatever reason, this film doesn’t want to get made. But Warner Bros. isn’t giving up on this project and if a new rumor is to be believed, they’ve officially reached out to one of the most powerful and popular filmmakers in their regular employ to make it happen. So, how do you feel about not one, but three Akira films produced by Christopher Nolan?

That’s the rumor being floated around by Den of Geek, who cite an unnamed source “close to Warner Bros.” So, you know, grab your salt and all of that.

Akira is a strange and bloody science fiction tale set in post-World War III “Neo Tokyo.” It’s a cyberpunk epic about bikers and government conspiracies and psychic powers and people screaming “Tetsuoooo!” at the top of their lungs. People love this thing, and they have been dreading an American remake since the moment Warner Bros. acquired the rights.

However, if anyone can calm the raging geeks, it’s the presence of Nolan. If the guy who made The Dark Knight and Inception can’t crack this thing, no one can. Den of Geek can’t confirm that Nolan is actually going to direct Akira (this could be a Man of Steel-style situation where he produces and shepherds another filmmaker), but they do know he recently met with one of the directors previously attached to the project to discuss the material. It was literally just announced that he is going to have a mysterious new film in theaters on July 21, 2017. Could this untitled film be Akira? And could it be the first in an epic trilogy?

Since that mystery movie is less than two years away, we should know sooner rather than later whether or not it’s Akira. If not, then consider this yet another weird chapter in one of the most tortured Hollywood development stories ever.