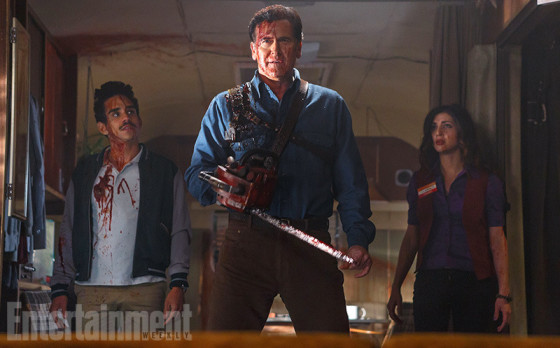 Ahead of Comic-Con International, Starz has unveiled the first look at Bruce Campbell as Ash Williams in “Ash vs. Evil Dead.”

Premiering this fall, the television sequel to the cult movie franchise picks up with Ash having spent the past three decades avoiding maturity, and the terrors of the Evil Dead. But when a Deadite plague threatens to destroy all of mankind, he’s forced to face his demons — both metaphorical and literal.