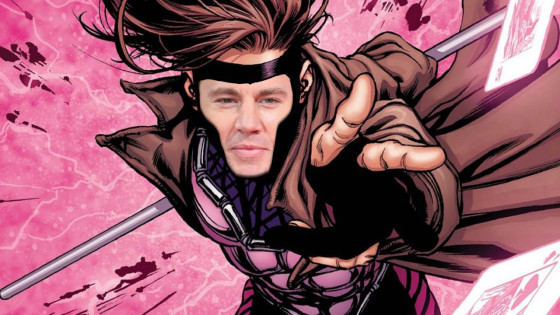 Weird coupling, but I can dig it. Rupert Wyatt is the director of the surprisingly good Rise of the Planet Apes. And now he’s directing Channing Tatum’s Gambit movie. Weird couplings all around, when it comes to this movie. But I ain’t opposed.

It’s no secret that a bunch of very interesting directors said no when Channing Tatum brought Gambit to their attention, but the film’s star/producer/cheerleader has finally gone and done it. He’s actually landed a genuinely interesting director to call the shots on the X-Men spin-off about a Cajun thief who throws exploding playing cards. Good luck, Rupert Wyatt. This is in your hands now.

The news of Wyatt joining the project comes to us from EW, but that’s literally all we know. If there is any kind of official statement accompanying his hiring, we’ve yet to see it. Heck, we know next-to-nothing about this movie, other than the fact that it will totally ignore Taylor Kitsch’s disastrous take on the character from X-Men Origins: Wolverine and will require Tatum to break out a Louisiana drawl, which should be worth the price of admission by itself.

Wyatt is best known for directing the exceptional Rise of the Planet of the Apes, where he took a concept that sounded disastrous on paper and made one of the best genre films of the past five years. So making a decent movie about the inexplicably popular but actually kind of terrible Remy “Gambit” LeBeau should be a challenge worthy of his skills. In fact, the combination of Wyatt and Tatum is intriguing enough to actually get us excited for this thing. There are dozens of X-Men who deserve their own movie before Gambit, but there is only one that will feature these two talented gentlemen.

Tags: Channing Tatum, gambit, rise of the planet of the apes, Rupert Wyatt