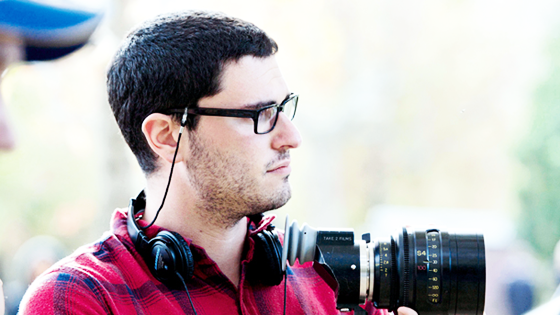 When news dropped last night that Josh Trank was leaving his Star Wars standalone flick, Rendar predicted to me he was fired. Well, I’m glad I waited to post about it. So he can like, look way correct.

Well, it’s not sounding too hot for “Fantastic Four” director Josh Trank at the moment. Last night the filmmaker announced that he was departing from the “Star Wars” anthology film — aka the stand-alone spin-off not directly connected to the events of “Star Wars: The Force Awakens” — he was set to direct for a 2018 release. While the trades certainly pointed at rumored tensions between Trank and “Fantastic Four” producer Simon Kinberg(who is also producing Trank’s now-former ‘Star Wars’ film), THR pulled back the curtain on what they’re calling a “firing.”

Evidently, his non-communicative behavior on the set of “Fantastic Four” set rattled the producers and worried Kathleen Kennedy and the LucasFilmproduction. Working closely with Trank on one project, and about to embark on another, Kinberg was apparently very vocal to the LucasFilm team about his displeasure with Trank’s conduct, which sources tell THR were “erratic” and “very isolated.”

Rumors and whispers have persisted for months about trouble on the “Fantastic Four” set, where extensive reshoots were needed. While not outwardly stated, sources suggested the overwhelming pressure of a studio blockbuster made the 31-year-old filmmaker turn inward. “If you’ve got someone who can’t answer questions or who isn’t sure or is in hiding, that’s not good,” a source told the trade.

Another insider suggested Trank has got the goods, but maybe isn’t emotionally ready for the stresses of filmmaking on this scale at the moment (“Fantastic Four” is only his second feature film). “No question there’s talent there. You can’t do ‘Chronicle‘ by accident,” said the anonymous insider, before adding that the young filmmaker is “like one of these kids who comes to the NBA with all the talent and none of the character-based skills to handle it. There’s equipment he doesn’t yet have.”

Allegedly indecisive and uncommunicative, producers Simon Kinberg andHutch Parker had to reportedly step in to complete the film and during reshoots (THR stresses that, under DGA rules, Trank still directed all the reshoots). But it sounds like he was no longer calling the shots — an awkward position to be in for a filmmaker. Given all the issues, Fox also allegedly brought in editor Stephen Rivkin (“Avatar”) to help finish the film (Elliot Greenberg from “Chronicle” was the original editor on the project). For their part, Fox says they are happy with “Fantastic Four,” but a spokesperson admitted, “there were definitely some bumps in the road.”