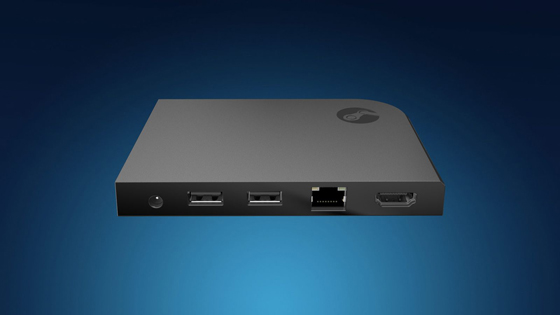 Valve got all your fucking hardware needs covered! VR googles! Maybe a Steambox or two! A controller! And a piece of streaming hardware!

Valve will release a new product called Steam Link later this year that will “extend your Steam experience to any room in the house,” according to an announcement from the company. Steam Link will work with PCs — including Valve’s Steam Machines and Windows, Mac and Linux computers — to stream content from Steam to the device, as long as they’re on the same home network.

Steam Link will support 1080p resolution at 60 Hz “with low latency,” Valve says. The device will be available this November and will retail for $49.99. That’s the same price as Valve’s forthcoming Steam Controller, which will also be out by November.

On the Steam website, Valve says Steam Link is “designed to take advantage of the PC horsepower you already have in your home, with In-Home Streaming.” The hardware, which looks to include a trio of USB ports and HDMI out, is easy to set up Valve says. Just hook it up to your television and home network, and Steam Link will auto-detect computers running Steam on the same network.

Worldwide pricing for Steam Link and the Steam Controller will be announced closer to launch, Valve says.

At GDC this week, Steam Machines from Alienware and Falcon Northwest are being shown in anticipation of a November launch. Valve says Steam Machines will be priced starting “at the same price point as game consoles, [but] with higher performance.”