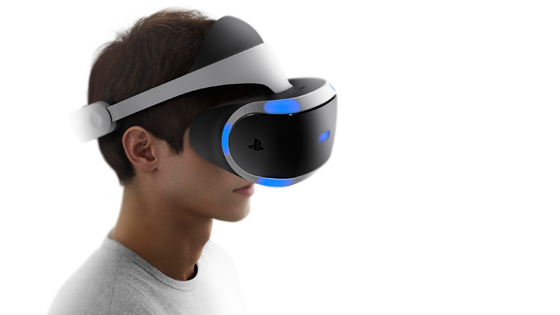 Sony’s put a pseudo-release date on their entry in the Johnny Mnemonic sweepstakes. The son of a bitch will be dropping in the first quarter of the year next.

At last year’s Game Developers Conference in San Francisco, Sony unveiled its virtual reality headset, called Project Morpheus. One year later, the company has finally announced a release timeframe for the device: the first half of 2016.

“A year ago, we were here at GDC to unveil Project Morpheus,” explained Shuhei Yoshida, President of World Wide Studios. “And for the last year we all have seen the VR world explode. More people than ever have tried VR at a variety of events… this increased consumer exposure to VR has been very important.” He explained how Sony has spent the past year tweaking its dev kit based on consumer and developer feedback. “We want to deliver a VR experience that lives up to our vision,” he explained.

Prior to today, we’ve heard very little about Sony’s VR platform since that initial announcement, though follow-up demosshowed that the hardware definitely had potential. “These demos are just the beginning,” Yoshida added. “The enthusiasm from developers for this new medium reminds me of the early days of game development.”

Yoshida also unveiled the latest prototype of the device, which features a 1920 x 1080 RGB OLED display, as well as a 120hz refresh rate and “super low latency.” It also includes a 5.7-inch display and a 100-degree field of view, and nine LEDs for positional tracking; that’s three more than the previous version of the headset. “We wanted to improve the visual experience and tracking accuracy,” he said. The design, meanwhile, has been tweaked to make it easier to take the device on and off your head.

Are you going to get this? I’m not, at least not day one. Or month one. Probably year one.