Archives
« Run The Jewels – “Lie, Cheat, Steal” Video: Like Who Really Run This?
‘Age of Ultron’ Non-News: The Vision to appear in other MCU movies » 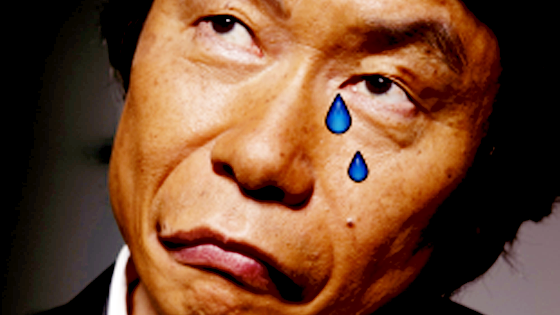 Is the Wii U going to be a success? Like, a burn-money-on-Omnidimensional-pan-genital’d strippers success? If the latest financials are any indication: no.

Nintendo is predicting its first profitable full-year result since 2012, the company announced in its latest financial earnings report, even despite the fact that its Wii U console still struggling to find its footing.

This is a huge downgrade when compared to Nintendo’s original financial projections for the year. At the start of last year, Nintendo predicted sales of 9 million Wii U systems by March 31, 2014,. The company would go on to change its sales projections, downgrading its forecast to 2.8 million units for the financial year.

The largely mixed financial report, which covers the nine months leading up to Dec. 31, 2014, notes this drop in sales is across the board: the company saw an 11.3 percent drop in hardware and software compared to the same period last year.

Year-over-year, combined hardware sales were down ¥235 billion from ¥287 billion, while software dropped slightly less from ¥210.7 billion to ¥207 billion.

But Nintendo did sell 7.08 million “members of the 3DS family,” and expects a further bump once the New 3DS launches in North America and Europe. Software sales for the 3DS during this period stands at 53.04 million units, while the recent releases of Mario Kart 8 and Super Mario Bros. for Wii U have helped push Wii U software sales to 20.59 million units.

Likewise, Nintendo is still pushing into the digital marketplace and has seen an increase in download sales of ¥3 billion to ¥21.1 billion, compared to last year’s ¥18 billion.

In the face of shaky Wii U numbers, Nintendo still saw profits for the nine month period rising to ¥59.5 billion — an impressive 483.7 percent increase from ¥10.2 billion during the same period last year. Nintendo has a projected target of ¥30 billion.

But that doesn’t mean I don’t respect mine, man. It got itself a solid library, and something very special amid an otherwise barren land: fun local co-op.