Adam Sandler movies (and ‘Crouching Tiger 2’) being made for Netflix 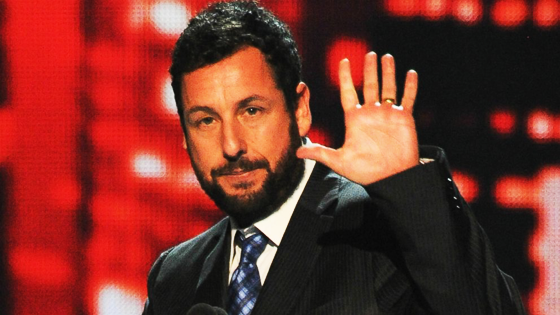 Apparently Netflix is getting into the fucking insipid movie business. The company has signed into a four-movie deal with Adam *Reference To A Movie From Years Ago* Sandler. Somewhat more positively, Netflix is giving life to a Crouching Tiger sequel. Which like the world didn’t ever need, but I suppose hey whatever positalk or whatever.

As announced earlier this week, Crouching Tiger, Hidden Dragon: The Green Legend is Netflix’s first foray into original movies. But it definitely isn’t the last.

Netflix has just signed a deal with Adam Sandler to star in and produce four films that’ll be released exclusively on Netflix. Hit the jump for more on the Adam Sandler Netflix deal.

Variety reports the first film could hit as early as 2015. Sandler’s Happy Madison will develop and produce. The Netflix pact does not include Sandler’s existing studio deals.

According to Netflix, Sandler’s films are consistently among the most-viewed by subscribers. “His appeal spans across viewers of all ages — everybody has a favorite movie, everyone has a favorite line,” said Netflix chief content officer Ted Sarandos.

Netflix is getting into the movie-making business. The streaming service announced this week that it would team with Weinstein Co. to give a day-and-date release to Crouching Tiger, Hidden Dragon: The Green Legend, the sequel to Ang Lee‘s 2000 film. The movie will hit Netflix and IMAX simultaneously in summer 2015.

Netflix revealed the big news in a press release. Crouching Tiger, Hidden Dragon: The Green Legend will premiere exclusively on Netflix and in select IMAX theaters on August 28, 2015. It’s one of several day-and-date releases Netflix has planned, but as of now is slated to be the first one out of the gate.

Crouching Tiger, Hidden Dragon: The Green Legend will be made available to Netflix subscribers at no additional cost. Only IMAX will screen the film that day, not other (regular) theater chains. That makes for two very different options, and Netflix’s chief content officer Ted Sarandos says that’s the point.

“What I am hoping is that it will be a proof point that the sky doesn’t fall,” he told the New York Times. “These are two different experiences, like going to a football game and watching a football game on TV.”

Are you…are you excited for either of these?