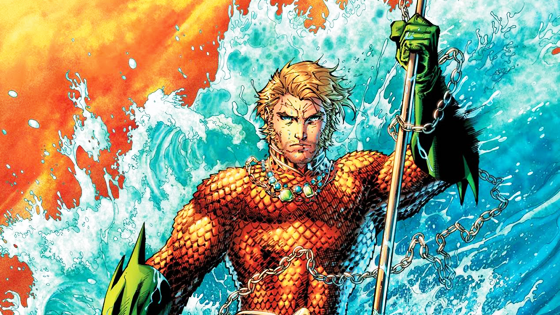 How is this for faith in your writers? Warner Bruhs got themselves two writers working on two different competing Aquaman scripts. Just keep throwing the fucking spaghetti at the wall, guys. Some of it is bound to stick. I mean…right?

Superhero movies have been on the rise for a while and show no sign of stopping. Marvel Entertainment has been having major success with all of their movies and Warner Bros. is not far behind with plans to release a slew of DC hero movies. In fact, Warner Bros. has announced a total of nine superhero movies which will be released between 2016 and 2020.

The newest update in these nine different movies? Apparently, one of them is going to be about Aquaman. Out of all of the amazing characters they have to pick from, that’s who they’re going with? [Editor’s Note: Hey, Liz, don’t let Zack Snyder hear you say that!] To be fair, one of the movies is most likely going to be about the Justice League, which does include Aquaman. Many of the other movies are going to be stand-alones for the various Leaguers, too. So I guess it does make a little sense.

According to The Hollywood Reporter though, Warner Bros. currently have two writers writing different scripts for the movie. The thought is that they develop two scripts and either go with the best one or somehow fuse the best parts of both scripts together. Will Beall (Gangster Squad) and Kurt Johnstad (300, Act of Valor) are the writers of choice for this project. It’s an interesting combination, but I think between the two of them, they’re bound to come up with something to help overwrite Aquaman’s horrible reputation from Super Friends.

Apart from the hiring of these writers, the only other information we know about the project is Jason Momoa is most likely playing the Sea King. We’ve reported on it before, but I still can’t get over the fact that Khal Drogo will be Aquaman. If that’s the case, I think they really will manage to turn Aquaman’s reputation around!