BATMAN getting two new titles from BECKY CLOONAN and others 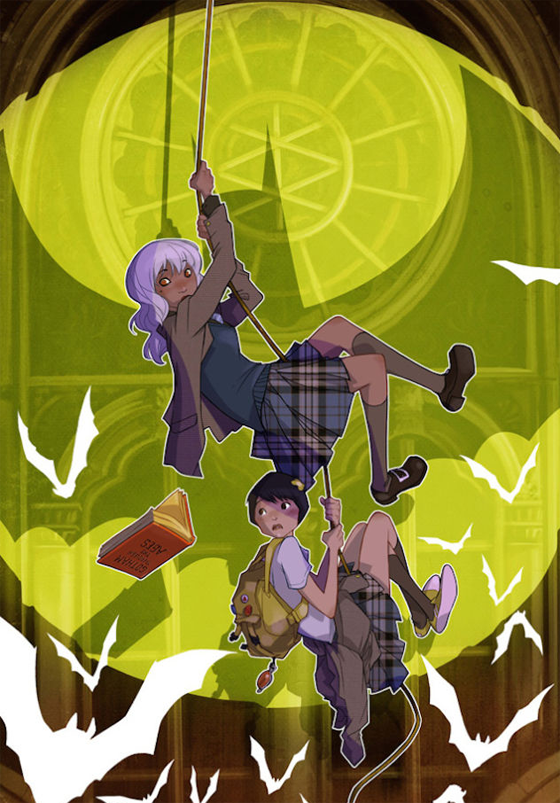 Yeah, I’ll admit it. When I read the headline yesterday that there were new Batman titles coming, I sort of rolled my eyes. Being derisive from the jump doesn’t pay, folks. Because one of these fucking comics is being written by Becky fucking Cloonan, and there is a collection of talent throughout both titles. Consider me persuaded.

Entertainment Weekly has the scoop:

In Arkham Manor, stately Wayne Manor gets made over into the local psycho dungeon, and, perhaps predictably, some inmates wind up dead. Things are a bit less bleak in Gotham Academy, a new monthly teen drama set at Gotham City’s most prestigious prep school. (Bruce Wayne is a benefactor; other familiar characters may pop up in Academy’s twisted, teenybopping universe.)

I have zero problem with either of these. I may not personally be clamoring for Gotham Academy, but I’m totally down with DC trying to expand the Bat-verse into new and different areas and genres. I also am weirdly looking forward to figuring out what kind of nonsense has to happen to make Bruce Wayne think letting his entire rogue’s gallery live in his home is somehow a good idea.

Both due this October, Arkham Manor will be written and drawn by Gerry Duggan and Shawn Crystal, respectively, while Becky Cloonan and Brendan Fletcher will write Gotham Academy, with art by Karl Kerschl [io9]