‘EPISODE VII’ Rumor: Movie Delayed Until 2016 ‘Cause of Ford’s Injury 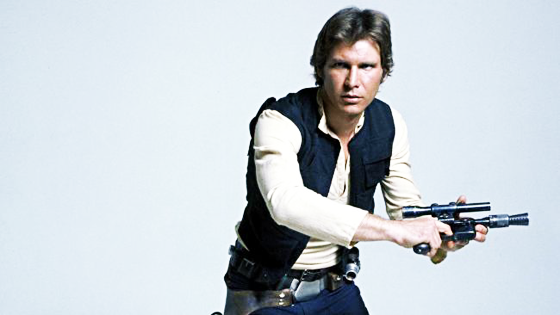 SIGH. I didn’t want to talk about this here. ‘Cause just thinking about it plunges me into a pall so deep, so great, that only German latex frottage can salvage my heart. But since everyone else is digi-gabbing about it. Star Wars: Episode VII could be delayed until 2016 due to Harrison Ford’s injury. Or rewritten. I’d much rather have a delay than a rewrite, but I’d prefer to just get in December. Give him a fucking robot leg or something. THE TECHNOLOGY IS THERE.

[A] relatively new report from the Daily Mail confirms that Ford actually broke his leg, has undergone surgery and could be out for six months. Ruh roh? Regardless of how long Ford is on the disabled list, Abrams, producer Kathleen Kennedy and co. will of course soldier on, shooting everything they can in the meantime and then simply wait until Ford is well enough to work again. And even if his leg is broken as the report suggests, they can still shoot all kinds of scenes with him, just likely no running or action scenes. Hollywood does this all the time and obviously even manages to shoot around women who are 8 months pregnant. There’s also this thing called stunt doubles who I hear work Hollywood movie magic.

Still, this news coupled with a new rumor that says production could be further delayed, has led the Internet to wonder aloud if ‘Episode VII’ could be pushed back until summer 2016. The move would be what Abrams wanted, at least initially: the director originally asked for a 2016 date so he and screenwriter Lawrence Kasdan would have more time to work on the script, but Disney denied them, likely because they told their shareholders that the $4.4 billion dollar acquisition of Lucasfilm would be profitable by 2015. Hence, having to push the film until the end of the year in December instead of the May dates ‘Star Wars’ films usually occupy.. But that’s already past the end of the 2015 fiscal year, so they’re already pushing it. [/Film]