Interesting: 100k of those 300k ‘ROCKET RACCOON’ orders are from one place 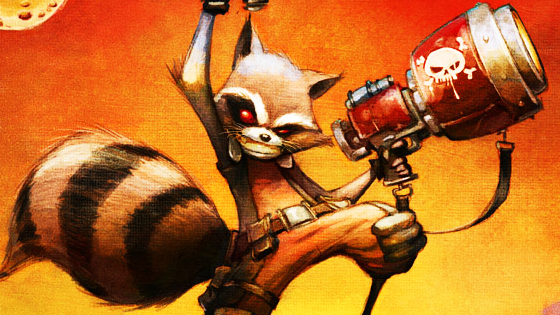 Remember that story about Rocket Raccoon‘s first issue totaling like 300,000 in orders? Well it turns out that a solid 100,000+ of them are from Loot Crate. That “Monthly Box of Dope Swag for Geeks” service that I’ve been fighting the urge to get into for a couple of months. So while that puts a different spin on the number of issues being ordered for Rocket, it also means that a whole lot of people are getting to be getting a look at the Rabid Prick. Which is neat. Yes, yes. Seed the Geek Earth with Guardians fans. Let them become acolytes. Plus! 200,000 issues ordered is still really fucking impressive.

CBR News has confirmed that of the 300,000 reported initial orders for Marvel‘s upcoming “Rocket Raccoon” #1, roughly 100,000 were from one retailer: Loot Crate, a subscription service offering a box of assorted genre and video game-related merchandise, delivered monthly to customers’ homes.

Loot Crate started deliveries last fall, and a month agoreported to have reached 100,000 subscribers; its website states the number has now grown to 110,023. While comics-related material has been an occasional part of past shipments — past deliveries have included a Superman POP! Vinyl toys and a Batman wallet — and Loot Crate’s February 2014 shipment included a code for a digital copy of BOOM! Studios’ “Bravest Warriors” #1, “Rocket Raccoon” #1 is the first physical comic to be included in the service.

The issue is expected to be included in the July shipment, the same month as the book’s release. Though clearly catered to an audience that enjoys the geekier side of pop culture, including “Rocket Raccoon” #1 in more than 100,000 Loot Crate shipments positions the comic to be seen by customers outside of the traditional comic book-buying audience.

“Rocket Raccoon” #1 is written and drawn by Skottie Young, returning to a Marvel Universe ongoing series after years devoted to the publisher’s “Oz” miniseries. Bill Mantlo and Keith Giffen’s creation first appeared in 1976, and has reached unprecedented levels of attention due to the upcoming “Guardians of the Galaxy” film, where the character will be voiced by Bradley Cooper.

Reports that “Rocket Raccoon” #1 sold 300,000 copies at the retailer level first surfaced last week, and were confirmed by Marvel editor-in-chief Axel Alonso in last week’s Axel-In-Charge. The number places it as the second-highest single issue in estimated sales of 2014 thus far — after April’s 500K-plus “Amazing Spider-Man” #1 — and one of the most successful single issues in recent years, according to Diamond’s charts. Even removing Loot Crate’s approximately 110K subscribers from that total, it’s an impressive number for a debuting series in 2014, especially one starring a character long considered to be obscure, and something of a joke. [CBR]