Archives
« Harrison Ford injured by MILLENNIUM FALCON on ‘Star Wars’ set
Interesting: 100k of those 300k ‘ROCKET RACCOON’ orders are from one place » 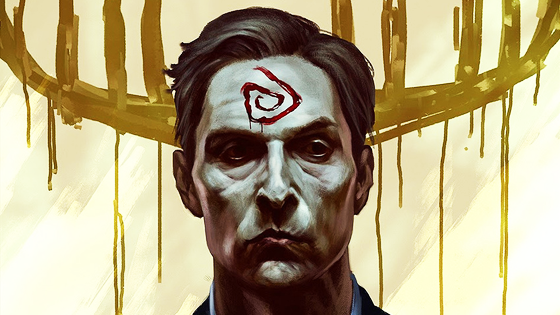 This site has already documented the news that getting True Detective season two off the ground is an arduous as fuck process. So it really isn’t surprising that the show’s creator Nick Pizzajaredletto has come out and said he can’t imagine the jam going more than three seasons. That is, until the HBO Monster unleashes what we around the asylum call the Equalizer. You know: a fucking fuck load of cash.

At the Banff World Media Festival, [Series creator Nic Pizzolatto] told the Calgary Herald, via Defamer, that he doesn’t really have plans for the show to last beyond a third season. “I can’t imagine I would do this more than three years,” he reportedly said. “I mean, I’d like to have a regular TV show. We’ll have some fixed sets, regular actors and I could bring in people to help and I don’t have to be there every second. It’d be great.” And he says that it’s the very anthology nature of the show that means he thinks it has a shelf life. “It can’t have any growing pains like a regular first season. If it works it has to work right out of the box. That’s incredibly exhausting. I mean, the job is exhausting to begin with, but it’s doubly exhausting and I’m writing every episode.” The idea of starting from scratch every time is certainly a terrifying one, especially given the enormous praise for the first season, which makes it a difficult act for follow. But it’s possible that he’ll change his mind by the time that season three ends, or even that HBO will be reluctant to give up the valuable brand, and persuade him to let another writer, or writers, have a crack. So do you sympathize with Pizzolatto? Would you rather that the show burnt brightly but briefly? Or would you watch “True Detective” until the end of time? Let us know your thoughts below. [Play List]

Tags: HBO, my ass is a round bubble, Nic Pizzolatto, time is a flat circle, True Detective, true detective news