Sigourney Weaver all up in ‘AVATAR’ sequels. As a new character. 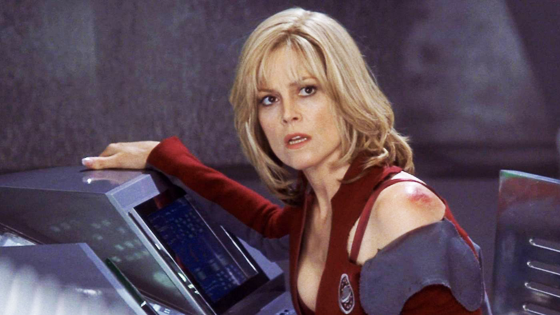 Sigourney Weaver has been spittin’ the word that she’s returning to the Avatar Universe in the sequels for a while now. Most wondered how the fuck she would, since she died in the original flick. Like didn’t flowers eat her up and shit? Man — Avatar. That fucking movie was real, and people actually paid for it. Goodness gracious. Anyways, Jimmy Cameron found a way around her death in the original movie. Just give her a new character to portray.

Sigourney Weaver is officially heading back to Pandora. The Avatar actress has just been set for all three upcoming sequels, joining Sam Worthington, Zoë Saldana, and Stephen Lang.

At this point, moviegoers who saw the first Avatar (so, all of them) may be wondering how Weaver intends to return when her character, Grace, died in the first film. As it turns out, that isn’t an issue at all because Weaver isn’t playing Grace this time around. Hit the jump for details.

Weaver’s return hardly comes as a surprise, as both Weaver and Cameron have been teasing her potential return for years. Cameron has even suggested a few ways that Grace could be written back into the story despite her death. But it seems he’s going a different route entirely.

Sigourney and I have a long creative history, dating back to 1985 when we made Aliens. We’re good friends who’ve always worked well together, so it just feels right that she’s coming back for the Avatar sequels. Her character of Grace Augustine, as fans know, died in the first movie, so she’s playing a different and in many ways more challenging character in the upcoming films. We’re both looking forward to this new creative challenge, the latest chapter in our long and continuing collaboration. [/Film]