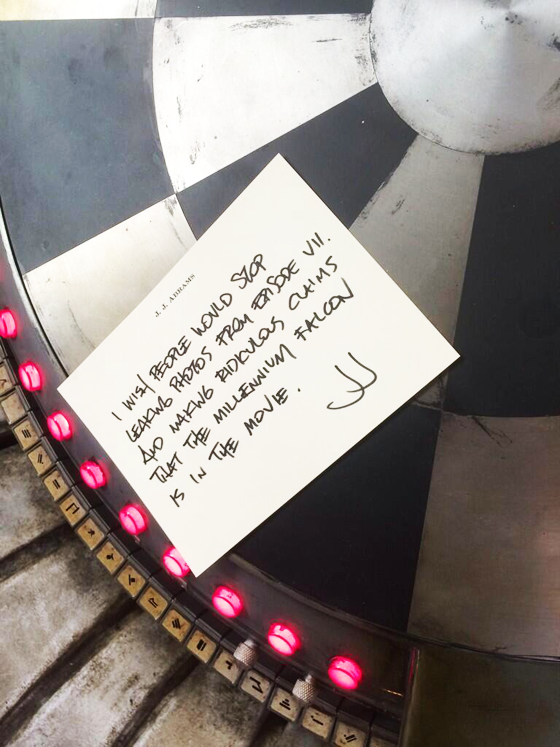 Shout out to J.J. Abrams for apparently developing a sense of humor about the recent leaks from the sets of Episode VII. In the past the dude would have moped into his room, pumped three or four loads into his Mystery Box, and passed out in a malaise. But perhaps he has found the Serenity Prayer, and taken to acceptance. ‘Cause while he has used Twitter to ask for the leaks to stop, he’s done it with a wink and a grin not typically found in the lad’s arsenal.

J.J. Abrams addresses the Millennuim Falcon rumors in the best way possible — by outright denying them in a note placed a top a certain holochess set. Wait a minute ,you!!!!

In a tweet coming directly from Bad Robot, the director sent out a note on his official letter head.

Of course this note is photographed on top of the famous holochess set from inside said Millennium Falcon (pictured below). Hey, we’re not saying there aren’t other holochess sets a long time ago in a galaxy far, far away. But obviously, yeah this is cute. Classic JJ. So there you have it. Get excited, people. [io9]