‘TRUE DETECTIVE’ SEASON 2 to have three leads, explore the “PSYCHOSPHERE’ 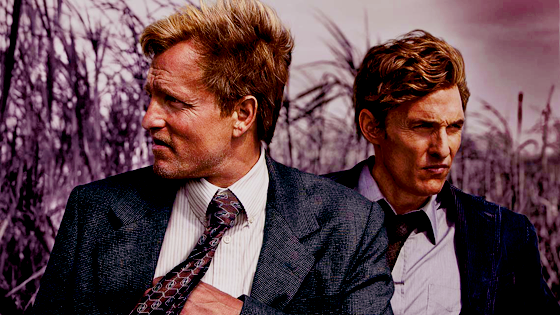 Well, I’m glad that True Detective‘s second season doesn’t seem any less bonkers than its first. In addition to letting us know the show will have three leads, creator Nic Pizzolatto has revealed the show is exploring the Psychosphere of California. I have no idea what the fuck this means, but killer. Gnarly.

Here’s what we know so far about the developing second season of “True Detective“: it’s about “hard women, bad men and the secret occult history of the United States transportation system“; it’ll probably have more than one director; and sorry, it won’t feature Jessica Chastain. But writer/producer Nic Pizzolatto has shared a few more details about what’s coming from the hottest show in television.

Dropping by To The Best Of Our Knowledge podcast, he revealed the setting of the show and a new tidbit about the characters driving the next mystery. “Right now, we’re working with three leads. It takes place in California. Not Los Angeles, but some of the lesser known venues of California and we’re going to try to capture a certain psychosphere ambience of the place, much like we did with season one,” Pizzolatto said.

“The characters are all new, but I am deeply in love with all of them,” he continued. “We have the entire season broken out, and I have a couple of scripts, and we’ll probably start casting within the coming month.” [Play List]