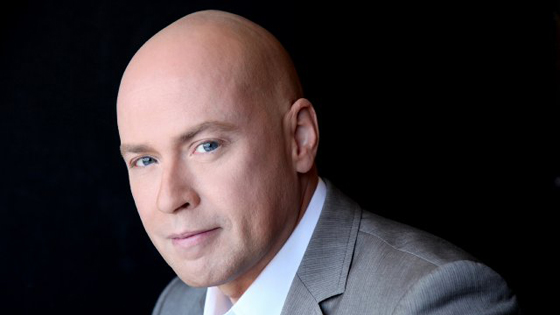 It hasn’t taken long for the Marvel Machinery to conjure up a replacement showrunner for their Daredevil show on Netflix. Like, what, forty-eight hours? Even that? The turnstiles continue rotating. Drew Goddard out! Steven S. DeKnight in!

Marvel has announced that Steven S. DeKnight has joined ‘Marvel’s Daredevil‘ on Netflix as Executive Producer and Showrunner. Drew Goddard, who has already written two episodes for the series, has scaled back his duties and remains an Executive Producer, but will be focused on penning and directing ‘The Sinister Six’ Spider-Man spin-off film.

The news of DeKnight becoming the showrunner for the 13-episode Daredevil series that will air on Netflix in 2015 was announced on the official Marvel website. DeKnight is an acclaimed writer, director and producer who has worked with Goddard before on Joss Whedon’s series, ‘Buffy the Vampire Slayer,’ ‘Angel’ and ‘Dollhouse. The two have also worked on ‘Smallville’ together on The CW.

Daredevil is just one of the four Marvel series that will air on Netflix. You can also look forward to seeing series starring Jessica Jones, Iron Fist and Luke Cage in 2015, all culminating in a Defenders miniseries. [Comics Alliance]