Archives
« Custom Captain America Air Jordans are red, white, and #pun
BRIAN TYLER is composing ‘AVENGERS: AGE OF ULTRON.’ I CAN DIG IT. » 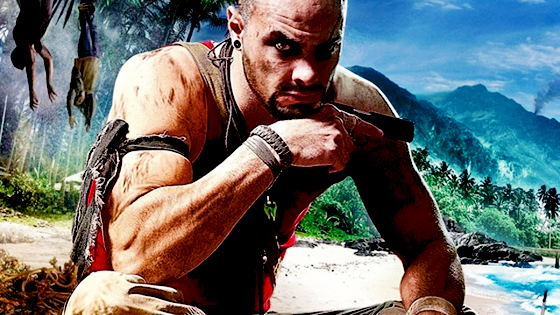 My taint is ready to be slathered in bro goo and deployed back into the world of Far Cry. It’s been too long! Miss the Island. Miss the Blood Dragons. Good news for me then, that apparently the next installment of the mofuckah’ is arriving in early 2015. I can do this. I can make it.

The next entry in Ubisoft’s expansive, open-world Far Cry franchise will arrive in the first half of next year, according to a Eurogamer report.

Citing unnamed “people familiar with the project,” Eurogamer claims that the game will forgo another romp through the jungles in favor of a visit to the Himalaya mountain range. Gameplay details are scant, but Eurogamer believes that the new setting will offer players wholly novel activities such as riding on elephants, while the fan-favorite hunting sections will make a return with local fauna as prey. Far Cry 4 is reportedly heading to Xbox One, PlayStation 4 and PC and we can expect to hear more details on the game at E3 2014 in June.

When reached for comment, Ubisoft was unwilling to discuss Far Cry 4, though representatives say they’ll have more information for us if and when such a title enters development. [Joystiq]