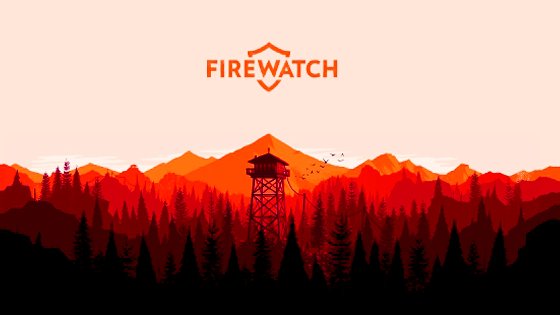 There ain’t enough game developer supergroups. Probably because like ever game costs three-zillion dollars, and most developers are caged away at their respective companies. However, Camp Santo definitely is one. And their first game has been teased Just a lil’ taste. A sniff. A glance.

Campo Santo is a new studio made up of top tier talent from – DEEP BREATH – Double Fine, Klei, Telltale, and 2K Marin. OK, that didn’t require much air to say out loud at all and I can type without breathing for probably, like, hours, but you get the idea. With the powers of Mark of the Ninja lead Nels Anderson, Walking Dead: Season One leads Sean Vanaman and Jake Rodkin, ex-Irrational and Double Fine man Chris Remo, and artist Olly Moss (among others) combined, we get a story-based mystery about isolation, the creeping unknown, and human relationships set in… rural Wyoming. Huh. It’s called Firewatch, and it seems interesting. I think. Also incredibly orange. Scant first details below.

What is a Firewatch and who watches the Firewatchmen? Well, it’s a first-person story game about these things:

“In Firewatch you play as a man named Henry who has retreated from his messy life to work as a fire lookout in the Wyoming wilderness. Perched high atop a mountain, it’s your job to look for smoke and keep the wilderness safe. An especially hot and dry summer has everyone on edge. Your supervisor, a woman named Delilah, is available to you at all times over a small, handheld radio – and is your only contact with the world you’ve left behind.”

“But when something strange draws you out of your lookout tower and into the world, you’ll explore a wild and unknown environment, facing questions and making interpersonal choices that can build or destroy the only meaningful relationship you have.” [Rock, Paper, Shotgun]