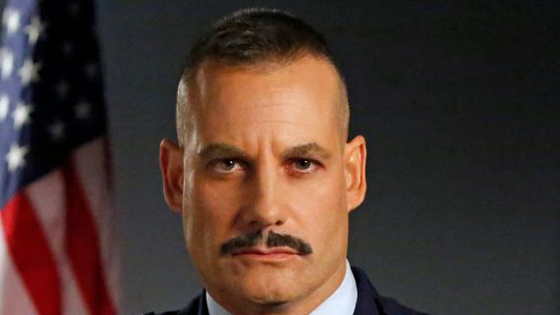 Oh snap! One of those brothers from that Watchmen rip-off TV show is joining Agents of SHIELD. That’s right — the dude who played Nathan Petrelli shall be hopping, skipping, jumping into another comic book-laced TV show.

Adrian Pasdar has been tapped to embody Colonel Glenn Talbot, a from-the-comics military character with a history of hunting down the Hulk. Canonically, he’s the man who proved to the public that Bruce Banner and the Hulk were one and the same, forcing the former to go on the lamb. He appeared in the first Hulk film, where he was played by Josh Lucas. In an interview with Marvel.com, Pasdar confirms that he has completed shooting for at least one episode, and hints that there will be more:

I can’t say much more but the mustache is in a locker and it’s being taken out and prepped as we speak for next week. Every show needs a jerk, [and] I guess I’m that guy. [The Mary Sue]