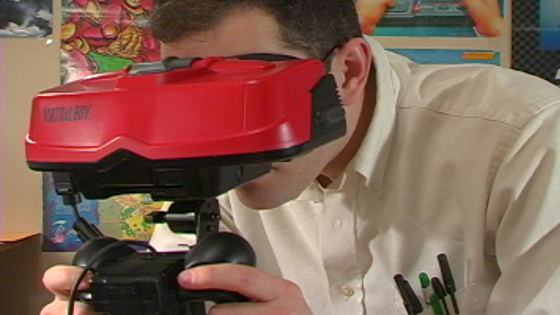 I’m just imbuing this story with all sorts of things that aren’t true. Probably. Probably made-up. Like this dude who has left Valve for Oculus was totally poached from The Gabe Company. Top secret dinners. Libations and young sacrifices promised. He signed with Oculus in blood, as John Carmack stood in the corner jerking off over an original printing of Atlas Shrugged. That’s what I envision. ‘Cause if I don’t, it’s just moar “blah blah VR is wonderful, blah blah” rhetoric.

In his new role at Oculus, Binstock will head the Seattle-based Oculus R&D team and lead the search for “exceptional engineers to help research and develop the future of virtual reality,” according to a post on the Oculus website. Those interesting in applying to work on Binstock’s team can do so through the Oculus career page.

“Just over two years ago, [Valve’s] Michael Abrash and I were sitting in a coffee shop in Kirkland,” Binstock wrote. “He was trying to convince me to come work on AR and VR with him at Valve.

“Michael convinced me that this was basically the myth of technological inevitability: the idea that because technologies were possible, they would just naturally happen,” he added. “Instead, the way technological revolutions actually happen involve smart people working hard on the right problems at the right time. And if I wanted a revolution, and I thought I was capable of contributing, I should be actively pushing it forward.

“Two years later, we’ve solved some of the basic problems, proven great VR is not only possible but truly magical, and now I want to bring it to the world. I’m incredibly excited and humbled by the opportunity — we’re just scratching the surface of what’s possible, and I can’t wait to discover what’s next!”