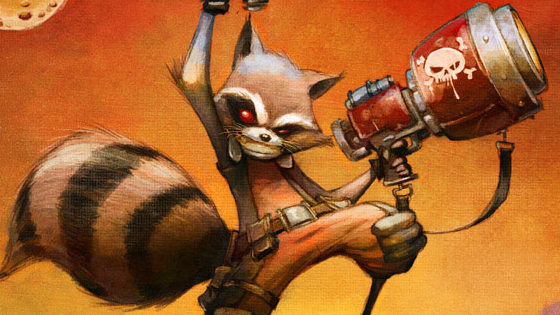 Hit the jump for some deets and look at the full artwork.

Once a punchline character, Rocket Raccoon may well end up being the hottest thing going once “Guardians of the Galaxy”crashes into theaters this August, and Marvel Comics is set to capitalize on the fuzzy little outlaw with a new comic series bySkottie Young.

Launching in July, just ahead of his big screen debut, “Rocket Raccoon” marks Young’s first full time gig writing and illustrating a Marvel title, and in an interview with MTV, this is just the gig the acclaimed cartoonist has been looking for.

“I think it’s going to have a connection to that nostalgic feeling for ‘Looney Tunes,’ that old animated flavor where everything wasn’t squeaky clean, you know? Daffy Duck would get his bill blasted off with double barrel shotguns,” Young told MTV of his approach to the book. “That’s what I grew up watching, and being able to play around with that in this hyper-superhero intergalactic universe will be a lot of fun.”

And while Rocket may look like the perfect character to pin all-ages stories on, Young and Marvel are skewing this series a bit closer to what GotG audiences will see when the space-faring critter explodes on screen. “I’m not going to go crazy where we’re going to go extremely vulgar or anything, but I did want to play with a bit of that edge,” Young said. “If you have a character that carries a big gun, a ridiculously, cartoonishly big gun you’ve got to be willing to shoot it.” 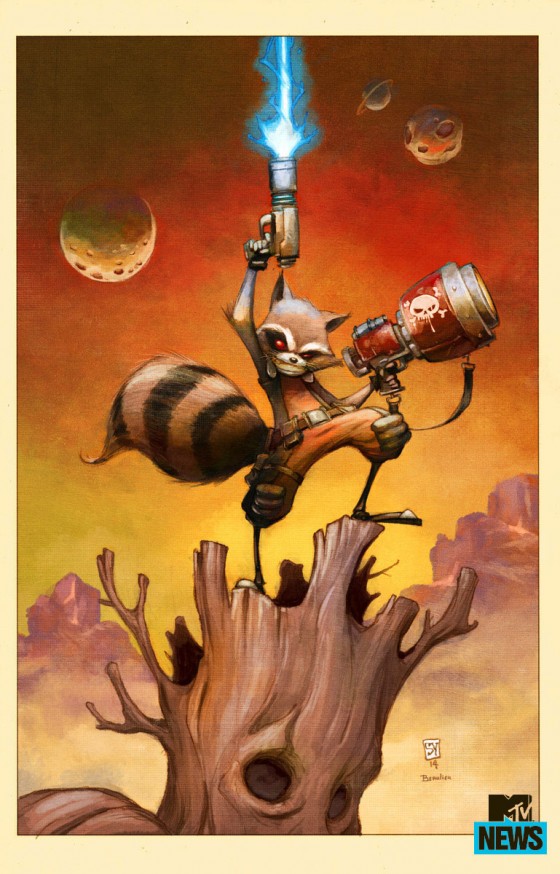