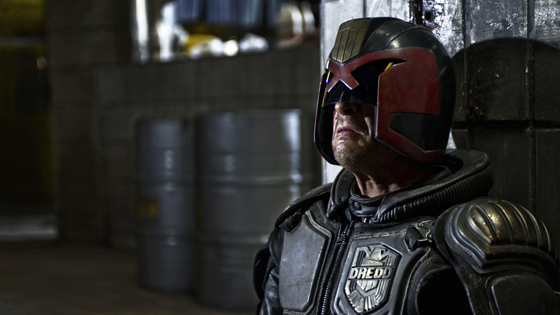 Karl Urban says that there could be a Dredd sequel. No shit! I mean yeah duh, there’s a Dredd sequel coming alright! It’s called The Raid 2! Ha! Get it? ‘Cause Dredd is basically a rip-off of the wondrous flick The Raid? Eh — who fucking cares. More than enough room in this fanboy heart for both.

The last word we heard on the prospect of a “Dredd” sequel came last spring, when producer Adi Shankar said “probably not” when asked about a followup. It’s hard to fault the logic, considering the franchise reboot earned a measly $35 million worldwide on a budget of $50 million, and the helmeted hero barely registering with audiences. But it seems DVDs are keeping hope alive.

At the Destination Star Trek Frankfurt event (which we didn’t even know was a thing), Karl Urban was in attendance for fans, and when asked about Dredd 2, Urban replied that “conversations” were happening thanks to the first film’s performance on home video. Apparently, there is some form of chatter happening between ionsgate, screenwriter Alex Garland and director Peter Travis. Who really knows what the extent of the talks are, but we’d guess that the first question to be addressed will be how to find an audience that wasn’t there the first time around.

Do you want to see a “Dredd” sequel or should they just let it go already? Let us know in the comments section. [What Culture]