PAUL BETTANY is THE VISION in ‘AVENGERS: AGE OF ULTRON.’ JARVIS EVOLVES. 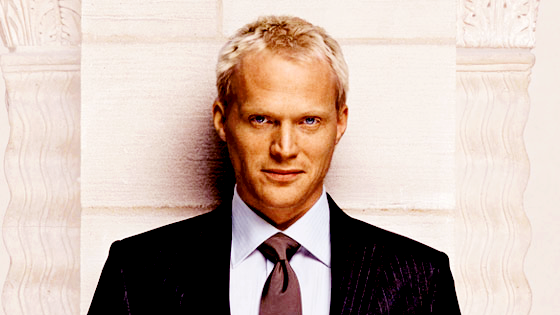 Vision is coming to the Marvel movie universe. By way of Jarvis. Whelp. Looks like the whole Jarvis-goes-Vision-somehow-creates Ultron storyline is gaining plausibility.

Well, well. Despite claiming that he’d never seen any of the “Iron Man” or “Avengers” movies in which he features as the voice of Tony Stark’s helpful A.I. Jarvis, it looks like Paul Bettany is in it for the long-haul with the mega-franchise, because the reliable Baz Bamigboye at the Daily Mail is reporting that the actor is on board for “The Avengers: Age Of Ultron.”

But this time, he’s not just going to be a disembodied voice, as Bettany—who’ll next be seen in another A.I-related movie, Wally Pfister’s “Transcendence” with Johnny Depp, will be appearing on screen, playing comics veteran The Vision in the billion-dollar sequel. The Vision, for the uninitiated, was originally a Golden Age character, but ret-conned later on to be an android created by robotic villain Ultron (to be played by James Spader in the film that bears the character’s name in the title). Initially battling against the hero, he becomes a hero, and even gets into a romantic relationship with the Scarlet Witch (to be played by Elizabeth Olsen).

That Bettany has a new role to play seems to back up persistent rumors that, in the movie continuity, Ultron will be created by Tony Stark rather than Ant-Man Hank Pym (who seemingly won’t make his debut, in the form of Michael Douglas, until Edgar Wright’s movie a few months after the release of the second “Avengers,” with the supervillain perhaps evolving out of some version of JARVIS, with The Vision representing his more benevolent side. Any way around, we like Bettany, and we’re glad to see him landing better roles. “The Avengers: Age Of Ultron” hits theaters on May 1st, 2015.

Even if Vision is a good guy, there ain’t no way Stark isn’t responsible for Ultron in the MCU. Which will lead to the death of Rhodey. Which will drag Tony out of retirement. Mark me!