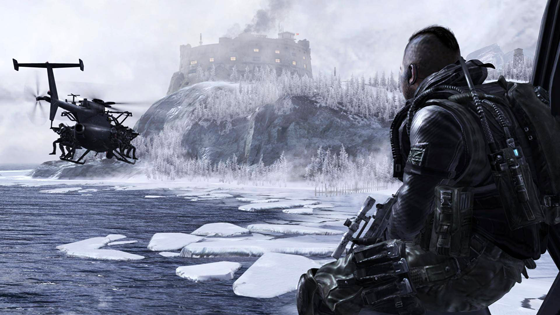 The bad news: it appears that we’re not getting Black Ops 3 this year. The good news: it is because Activision has switched the franchise’s different series over to three-year development cycles.

The Call of Duty franchise is moving from a two-year to a three-year development cycle, president and CEO of Activision Publishing Eric Hirshberg announced during an investor call today, with Sledgehammer Games joining Treyarch and Infinity Ward as the third lead developer on the series.

This year’s Call of Duty game, the first to take advantage of a lengthier development time, will be led by Sledgehammer Games, who co-developed 2011’s Call of Duty: Modern Warfare 3 with Infinity Ward. Development on previous titles has been led by Infinity Ward and Treyarch, with the two studios taking alternating years on the annual franchise. Those studios have been aided by other Activision-owned development teams, including Raven Software and Neversoft.

The move to a three-year development cycle, Hirshberg said, will ensure a high level of quality for the series while also leading to new innovation for Activision’s billion-dollar franchise.

“[The change] will give our designers more time to envision and innovate for each title,” Hirshberg said. “It will give our content creators more focus on DLC and micro-DLC which … have become large and high-margin opportunities and significant engagement drivers. It will give our teams more time to polish, helping to ensure that we deliver the best possible experience to our fans each and every time.”

Hirshberg praised the talent at Sledgehammer Games, which was founded in 2009.

“They’ve demonstrated their skill on Call of Duty: Modern Warfare 3 and on their past highly rated games,” Hirshberg said. “They’re the perfect choice to support our new approach and bring fresh ideas and creativity to this great franchise and to raise the bar for next-gen games overall.”

Overall, I think it is dope news. Call of Duty: Modern Ghosts Warfare wasn’t that froggy fresh, and it was assembled by no less than fourteen-thousand different development teams. By allotting the studios more time, hopefully it’ll keep the installments popping. As much as the installments can remain popping within the franchise’s parameters