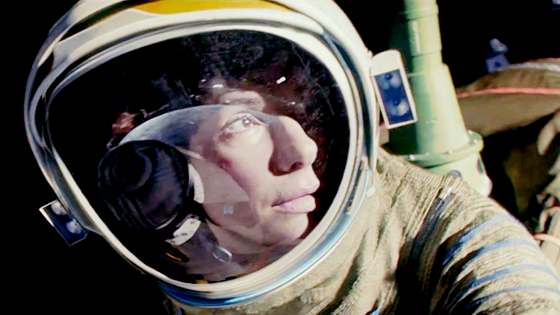 Hell yeah. Not only is Gravity the painfully birthed love child of one of my favorite directors, but it’s also currently my favorite movie of the year. So it’s nice as fuck to see the film getting recognized in the box office department.

Alfonso Cuarón’s Gravity is already a hit with critics, but this weekend it saw box office to match, pulling in an estimated $55.6 million in box office for the biggest October opening ever. That’s a career-best for both Sandra Bullock and George Clooney, and the second best of Cuarón’s career, after Harry Potter and the Prisoner of Azkaban.

It’s also a surprising victory for 3D. A typical movie will do about half its box office total in 3D screenings, but Gravity took in 80 percent from 3D tickets, suggesting moviegoers will still pay for a well-crafted 3D experience. It also took in 20 percent of its total in IMAX theaters, something IMAX Entertainment president Greg Foster linked to the format’s history of educational space films. “A lot of people who grew up going to see IMAX space documentaries like Space Station and Hubble 3D made the connection to see this film also in IMAX,” Foster told Variety.