It probably goes without saying (but I will anyway) that most of our formative experiences with video games stem from childhood. Whether it was skipping school to hike to the nearest Street Fighter II cabinet, or locking yourself in your room to explore the vast kingdom of Hyrule, most of us will have some key memory that comes to define what games are to us and they would have been formed at a pretty young age. For me, they were worlds of wonder; simple though they may have been, they unlocked my imagination more than any teacher-fed book could ever hope to do. And though I find myself fawning over the ability to now play as a fully fledged criminal in the online space, I still think the contemporary world of video games is incredibly limited, at least for children.

The criticism of violent, adult games stems from some bizarre, lingering idea that video games are a product that is largely intended for children in the first place. The problem with this attitude, apart from it being plain fucking stupid, is that it actually filters down to kids themselves with many of them not really seeing the difference between a game aimed at adults and one aimed at them. Imagine how confusing it must be for adults to be constantly dismissing games as being nothing but kids’ playthings, but when you ask for GTA V you’re told not that one, little Jimmy. It’s part of a shitty, broken value system that comes from a stubborn ignorance towards video games as a whole.

None of this would be an issue if the state of children’s games was altogether healthier, but I can’t help feeling that the little buggers are getting a raw deal lately. Admittedly, all of this musing has been brought on by my recent introduction to a fantastic example of a kids’ game – Ubisoft’s Rayman Legends. Every level of this game oozes wonder, charm and personality. The worlds are alive, vivid and playful; exactly the kind of game I could see firing a child’s imagination. It’s a rare example, though and that’s the problem: it’s upsetting to think that the reason it’s gained so much of my attention is mostly because of its uniqueness. We should be swimming in games like this, or at least attempts at matching it. 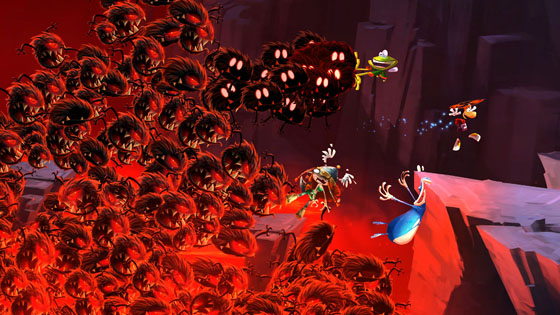 A fantastic kids’ games is a rare thing, then. Previously, I’d only ever considered the likes of Minecraft or the Lego games as being worthy of a child’s attention. The Lego games’ playful simplicity and Minecraft’s open, toybox nature have frankly overshadowed anything Nintendo have bothered to put out in recent years. It’s easy to forget, but only a few years ago, Nintendo could be solely relied upon to provide solid, non-patronising kids’ content, yet now their focus is more on relentless hardware iterations and wringing the last individual drops of malnourished blood from their withering franchise farm.

Compounding this problem is the fact that some of the most popular kids’ games are soulless profit machines aimed at gouging hard-working parents out of their last coin. I’m talking about Skylanders, and more recently, the shamelessly derivative Disney Infinity. For the uninitiated, these games are linked to scannable figurines: purchasing more unlocks in-game content ranging from the characters themselves to accompanying games and worlds. The toy/game hybrid is in full effect and is precision engineered so that young ‘uns will lose their shit and break their parents to acquire the latest release. Again though, I’m struggling to see how this is great for kids themselves. After all, these games are specifically designed to provide a constant stream of purchasing, to keep customers hooked and with the money coming from the parents, it’s clear to see that the kids weren’t actually at the top of the agenda when it came to brainstorming these titles. 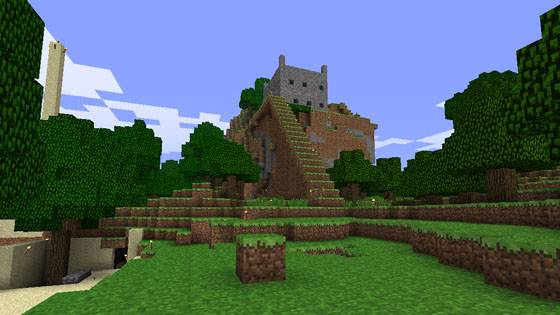 If I’ve got a point here, it’s that Lego, Minecraft and Rayman simply aren’t enough. It’s obvious that kids are a viable market, but they aren’t shown the respect that they deserve. They are, after all, able to identify a genuinely good game. Rather than focus on creating a fantastic product, designers are now resorting to cross-marketing tactics in order to keep kids hooked and keep their parents buying. With so few options, it’s little wonder that most younger players tend to gravitate towards more adult themed games. As I work with kids more and more, and I get better at pretending to be a grown up, I find myself at a constant quandary when talking to them about video games. As I try to steer their interests away from the likes of Call Of Duty and GTA V, I am constantly reminding myself at how poor most of their alternatives are. Sure, we all loved to blast through Mortal Kombat back in the day, largely thanks to the illicit thrill you’d get from playing something so raw, but we had choices. For every MK there was an Earthworm Jim, or Dynamite Heddy. There were some truly inspiring games when I grew up and I feel terrible for the kids that won’t get to experience something similar. Someone fix this already.