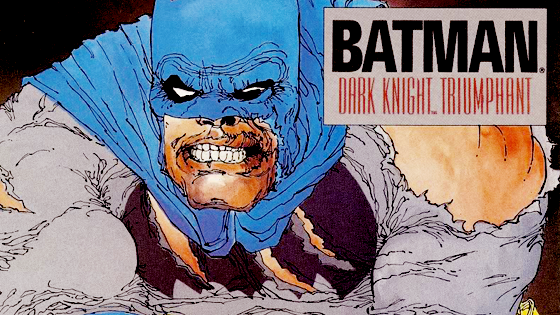 Zack Snyder’s BEST BRO FRANK MILLER may be eating burgers with him and chatting about whatever the next glob of goo Snyder is going to squat out next. However whilst that is going on, Miller’s second cover for Dark Guy Beats Superman I Get It, I Get It is selling for a lot of goddamn money. A lot.

Frank Miller’s original cover for Batman: The Dark Knight Returns #2 sold at auction last week for $478,000, The Associated Press reports.Initial expectations had placed the price at more than $500,000.

Although Heritage Auctions has sold other original art from the landmark 1986 DC Comics miniseries — a page from Issue 3, featuring Batman and Robin in mid-air, fetched a record $448,125 in 2011 — this was the first cover to ever appear at auction. It’s also the only one from the four-issue series to be rendered completely in pen and ink by Miller.

The record price paid at auction for a comic is held by a near-mint copy of Action Comics #1, which fetched $2.16 million in 2011.