Archives
« Edgar Wright: We will all meet HANK PYM in ‘ANT-MAN.’ Aiight.
‘ALWAYS SUNNY IN PHILADELPHIA’ will END with SEASON 10. I understand. I frown. » 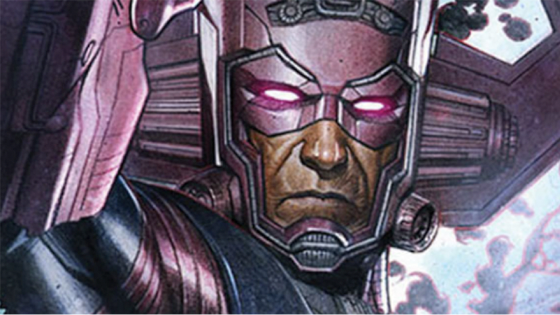 Johnny Hotsauce here! Longtime listener, first time caller. Or whatever. So I did it! I incepted myself into Caff-Pow’s brain, convinced him it was time to let me bother you nice folks in a more official capacity. (Basically I just drew my face on a can of Kickstarter, stuck it in his mind-safe when he was busy looking at butts on Tumblr)

With the dawn of the digital-age of comic books, Comixology has, in many cases, done away with our need to go to the comic book store. But, as Caff-Pow has so lamented before, something feels amiss. Where, now, is the camaraderie? Where can we go to talk comics? Where can we shoot the four-color-fantastic with like-minded geeks? Who will be there to help us decide how to spend our hard-earned coin? HERE. Right here at OL, friends. Here is our chance to talk shop, compare notes on the best comics this week has to offer. This column has too long lay dormant, but like any comic book hero you ever loved, death is no obstacle.

So, without further preamble, let’s do the damned thing! (And I’m on a budget here, people, so if I don’t mention your most beloved book, I implore you to speak up in the comments and share your love!) 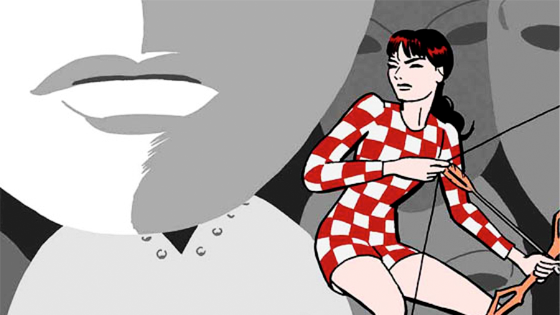 We’re all on the Hawkeye train, right guys and gals? It’s the book that has spawned a dozen memes, and perhaps the only doggy-noir you’ll ever read. The annual focuses on Hawkeye the Younger, Kate Bishop, and her exploits in Los Angeles. Madame Masque shows up, too, and fitting as it was Javier Pulido who drew Kate and Mdm. Masque during their first encounter. Fraction has said he wants Kate’s adventures in LaLa Land to be his chance at writing Chandler-esque crime stories, and that the Hawkeye regular issues are now gonna rotate between the two Hawkguys. Excellent!

So has anyone ever wondered what would happen if Ash from Pokemon grew up, became a Power Ranger, and then subsequently failed to save Earth from a monster invasion? No? Me neither, really, but, an artist whose work reminds me of a cross between Pendleton Ward and Frank Quitely, has crafted such a tale! Farinas seems like a talent on the verge of comic-stardom, and this book that is both homage and playful ribbing to a multitude of pop-culture mainstays just might be that which puts him on the map. And I only have to buy one issue? I’m in. 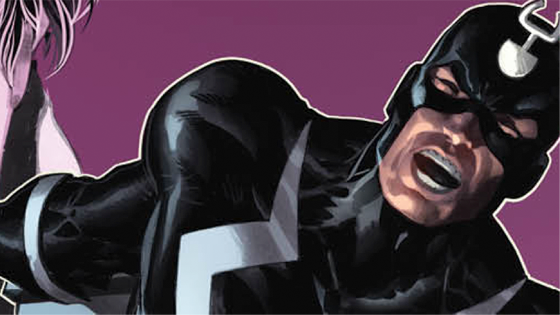 The idea of the “Illuminati” in the Marvel U, initially, I balked at. Not only did it seem to fly in the face of every Marvel event that had come before it (if these guys have been pulling strings for so long, how has there EVER been any beat-em-up crossovers?!?), the lineup kinda bored me. Hickman has changed my mind, though, by highlighting not only the hubris of these characters, but also their willingness to make the tough decision (like mind-wiping Captain America and kicking him out of the group…whoops). I also really love these “Incursions,” and the sci-fi babble leaves my head a ponderous mess, but I can’t wait to see if these guys can come up with a lasting solution. (For non-readers: the Infinity Gauntlet did NOT work) 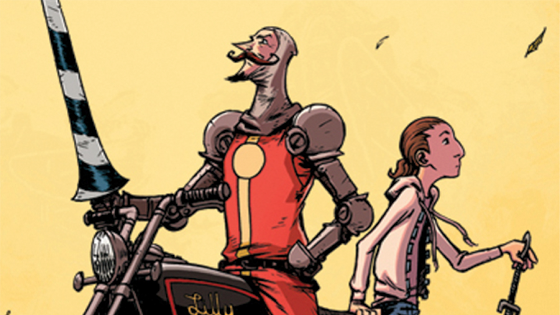 Before Jeff Stokely was rocking out some Six Gun Gorilla he completed this coming-of-age story with newcomer writer Chris Northrop, though the graphic novel is just now seeing release this week. I’m a sucker for Don Quixote-esque figures, and this book, which focuses on a young outcast in suburban New Hampshire happening upon an abandoned RenFaire and it’s lone inhabitant, a motor-cycle riding, crackpot dressed as a knight, seems to have just the character. This is a story about the directionless finding direction in the unlikeliest of places, and by the unlikeliest of people. Archaia usually puts out beautiful books (check out Jim Henson’s Tale of Sand if you don’t believe me), and The Reason for Dragons looks to be no exception.

Hunger #1 – Galactus comes to the Ultimate Marvel Universe!! Wait, isn’t there already a Galactus? I’m pretty sure there was…yep. I’m looking right at the Warren Ellis-penned trade. Says so, right on the cover: “Ultimate Galactus.” What is the plural of Galactus? Galactuses? Galactii? Read and find out! (Poor Miles can’t catch a break)

Mind Mgmt #13 – Ugh, okay, I DON’T read this book, but I friggin should. So I’m gonna look for the first trade or two, while you hipsters who were in on this bad-boy from the get-go can scoff at my purchase when you’re behind me in line. Psychic-superspies!

Unwritten #51 – I usually pick this up in trades, but this book is fantastic. What happens when stories are made real?! Don’t look at me like that and tell me you already read “Fables”! This is totally different! Except this storyline, which features the characters from “Fables.” FML.

Superior Spider-Man Team-Up #1 – It’s a number one issue, so I know some of you guys will be snagging this. Does it strike anyone else as weird that Doc Ock touching himself is really him touching Peter Parker?

So lemme know what you guys are snagging in the comments, and let me know how terrible my picks were! I don’t mind, I’ve already bought them anyways