‘ALWAYS SUNNY IN PHILADELPHIA’ will END with SEASON 10. I understand. I frown. 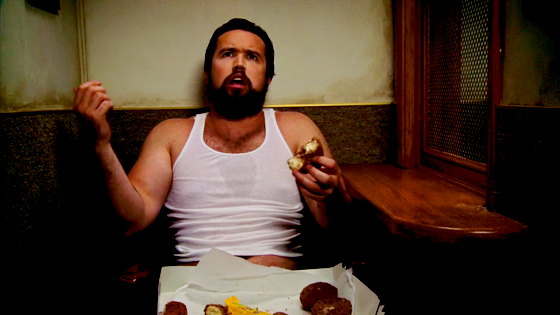 …There comes a point where a television show is better off riding into the sunset than withering before our eyes. Some would argue that IASIP has already reached that withered point. I wouldn’t. Sure, it can’t come close to its mid-run form, but it is a welcome fuzzy feeling every autumn. With Glenn Howerton announcing that the show will end after its tenth season, I both understand and simultaneously frown.

It looks like It’s Always Sunny in Philadelphia will end its run in 2014. The show’s ninth season is set to air this fall, and star Glenn Howerton tells Rolling Stone that season ten, which will air next year, will be its last. Here’s what Howerton had to say when asked if season ten will be the last:

Yes. There’s a certain point where you wear out your welcome and we don’t want to do that. We want to leave them wanting more. We spend a lot of time trying to find new lines to cross. We’re not trying to offend people or gross them out, but we’re looking to surprise them. I think we’re proud of what we’ve done so far, so it’s time to stop. I’m sure there are already a few people who are like “Jesus Christ is that show still on? Go away.”

Season nine is set to begin on September 4th and will see the show moving to FX’s new all-comedy cable network FXX. (via Uproxx)