PAYPAL + SETI = creation of a SPACE BANK. No, srsly. 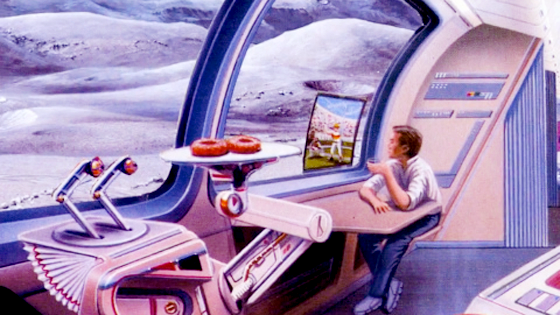 Ah, sometimes the future is so obviously emerging. Emergent. Both. PayPal and SETI have teamed up to create a nascent sort of space bank. They dare to dream of a world where us lead feet are off the Big Blue Marble. You know, spending Space Bux on hookers and spices on Ceres. They imagine this future, and whilst they do they also realize something. All of those transactions need a mechanism, and they want to provide it.

You guys. You guys, it’s happening. PayPal and members of the SETI Institute (like Jill Tarter) have teamed up to bring the world/solar neighborhood PayPal Galactic. Which is basically just like PayPal, only it’s for space-payments.

PayPal president David Marcus had this to say, in a statement:

As space tourism programs are opening space travel to ‘the rest of us’ this drives questions about the commercialization of space. We are launching PayPal Galactic, in conjunction with leaders in the scientific community, to increase public awareness of the important questions that need to be addressed. We may not answer these questions today or even this year, but one thing is clear, we won’t be using cash in space. PayPal has already pushed payments into the Internet, onto phones and across terrestrial borders. We look forward to pushing payments from our world to the next, and beyond.

Buzz Aldrin, for his part, has weighed in, too:

Trips to Mars, the moon, even orbit will require we provide astronauts and astro-tourists with as many comforts from home as possible, including how to pay each other. Whether it’s paying a bill, even helping a family member on Earth, we’ll need access to money. I think humans will reach Mars, and I would like to see it happen in my lifetime. When that happens I won’t be surprised if people use PayPal Galactic for the little things and the big ones.