Archives
« ‘CALL OF DUTY: GHOSTS’ TRAILER: IT HAS DOG. IT HAS DOG.
Cosplay: Little girl rocks a STAN LEE outfit, wins at things. »

XBOX ONE: F**k you to BACKWARD COMPATIBILITY. FEE for USED GAMES. 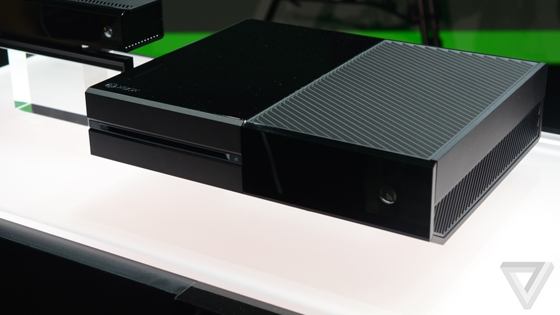 What we know about the Xbox One: no backwards compatability. Used games…for a fee. And it ain’t always on.

Hit the jump for deets.

The Verge reports that Xbox One will not be backward compatible with Xbox 360 titles. That is according to Mark Whitten, Microsoft’s vice president for Xbox Live.

When asked if Xbox One will be able to play 360 titles over Xbox Live, or by downloading them, or by some means other than a disc, Whitten said the company had no plans for such a service at this time.

“The system is based on a different core architecture, so back-compat doesn’t really work from that perspective,” Whitten told The Verge.

One of the big rumors leading up to the new Xbox One announcement was the possibility of Microsoft forcing gamers to keep the console connected to the internet. Microsoft saysthat while the Xbox One requires an internet connection, “it does not have to be always connected.” The difference means that Xbox One players won’t be restricted from gaming if a connection drops. “We are also designing it so you can play games and watch Blu-ray movies and live TV if you lose your connection,” says Microsoft.

Despite the system not requiring it, developers will be able to create games that will not play offline. Wired reports that games will be able to hook into Microsoft’s Azure cloud services with a lack of offline support, but there is no requirement for them to do so yet. A second part to the always online rumor was some type of activation system that prevents used games. Microsoft says it’s “designing Xbox One to enable customers to trade in and resell games,” and promises to offer more details in future. Wired has some additional details, noting that secondary use of a game disc will require a fee so that it will be marked and owned and can be played without the disc — something the Xbox One supports natively.