NEXT XBOX getting EXCLUSIVE from ‘CALL OF DUTY’ creators. Shots fired. 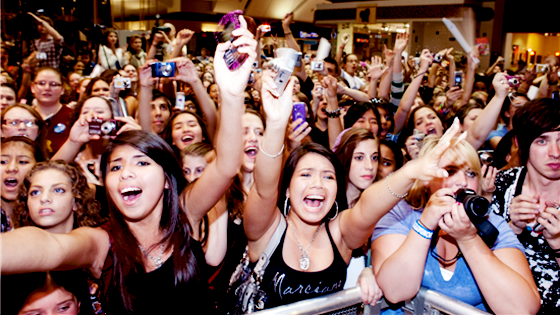 Let’s side-step what we think of Call of Duty, or the potential game from its creators. The fact that Microsoft may be sewing up the next game from these lads is pretty impressive. The Duty franchise is a veritable license to print money, and while there isn’t anything guaranteed about this new franchise I have to imagine it’ll be making crazy dollars. In a world where Sony and Microsoft are struggling to differentiate their console from the others, this could be a hell of a marketing point.

The long-awaited first game from Respawn Entertainment—the studio helmed by the creators of Call of Duty—will be exclusive to the next-gen Xbox, according to two unrelated sources familiar with the game. One of our sources indicates that there will also be an Xbox 360 version, but no versions for rival PlayStation and Nintendo consoles.
Oh, you didn’t think the console wars were over, did you?

The new game from Respawn is a futuristic multiplayer-centric online shooter, one of our sources says. The source describes the game as a battle of Davids and Goliaths. The Davids are heavily-armed foot soldiers. The Goliaths are the giant exosekeltons—Titans—that these soldiers can pilot. These Titans are big mech-style walkers that move with an agility not seen in games like Mechwarrior or Steel Battalions.

An alleged insider allegedly with Infinity Ward allegedly told TalkPlayStation.com that the Call of … Read…
To keep the action balanced, game maps limit the number of Titans that can be used in a skirmish. Weapon loadouts for the foot soldiers are designed to ensure that the characters on foot can take out the Titans if need be. The source who described the game does not work at Respawn, but their description tracks with the long-reported desire by the former Infinity Ward team to make a sci-fi shooter.

Earlier this month, other reporters noticed that Respawn had trademarked the word “Titan.”