SAM MENDES not directing next JAMES BOND FLICK. I frown. 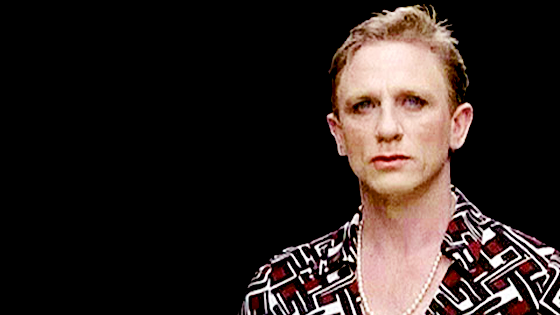 I’m the token Skyfall masturbator around here, and I don’t give a shit. No one likes it as much as me, and I generally accept their criticisms. Even with them acknowledged, the combination of Daniel Craig whupping ass and Sam Mendes’ gorgeous visuals had me sprung. So, it is with a heavy heart that I read this dispiriting news.

Now go bring in Christopher Nolan, MGM. Do it.

Even before the film was released, questions have been flying as to whether Mendes would come back for another installment. Few directors in the modern era have made more than one Bond flick (Martin Campbellis one of the few, but with ten years between his films), and Mendes initially suggested he was reluctant. Over time, it seemed like he might be softening; he was said to be developing a two-part script with writer John Logan, and only a few weeks back, it was said that he was getting closer to committing to the film (albeit only a single self-contained story at this point). But it looks Mendes has finally made a firm decision, and it’s a no.

The filmmaker told Empire “It has been a very difficult decision not to accept Michael [Wilson] andBarbara [Broccoli]’s very generous offer to direct the next Bond movie. Directing ‘Skyfall’ was one of the best experiences of my professional life, but I have theatre and other commitments, including productions of ‘Charlie And The Chocolate Factory‘ (a new musical adaptation, in the West End) and ‘King Lear‘ (at the National Theatre in London in 2014, to star Simon Russell Beale), that need my complete focus over the next year and beyond.” Not mentioned by Mendes, but presumably very much on his slate too, is the pilot for the Showtime series “Penny Dreadful,” which he created with Logan and is set to film later in the year.

Mendes doesn’t rule out a return to the series down the line, saying “”I feel very honoured to have been part of the Bond family, and very much hope I have a chance to work with them again sometime in the future”. But it sounds like the Eon team ultimately wanted to get moving on a 24th Bond flick sooner than Mendes’ schedule allows, and the filmmaker has always sounded a little ambivalent about the possibility of returning.