Big Al down the pub told me that he’s seen the PS4. He said it’s sort of shiny, round and floats towards you ominously with its protruding spikes and blades. I told him that was one of the spheres from Phantasm. To be fair: I should have known better, Al is renowned for being full of shit – he once even told me that dogs can’t look up. 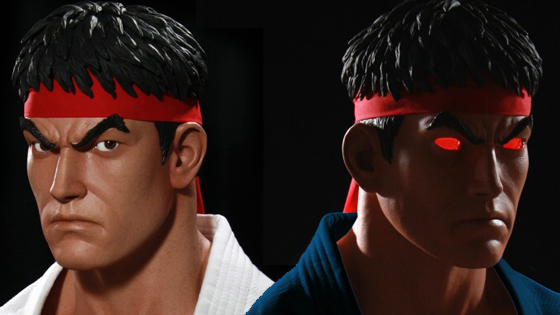 Treat yourself to this Street Fighter severed head

The knowledge that Pop Culture Shock is producing this very item has come as something of a shock to me and has overwhelmed me with feelings that I’m just not prepared for. I had never anticipated the reality of actually being able to indulge in my number-one Street Fighter-related masturbatory fantasy, but it’s here: it’s actually, finally here!

This fine hunk of oddly Caucasian looking man even comes with Action Man/GI Joe style moveable eyes, so that I can presumably place him in whatever part of the room I wish and I’ll still be able to make him watch me violate myself. I am almost giddy at the potential of this thing. But enough about me. If you’ve always wanted to own the decapitated head of Street Fighter’s first son, then get your pre-order in now. This 1:1 scale replica is limited to a mere 300 pieces along with an ‘Evil’ flavour version that’s limited to 120. Both will set you back a cool $499, which means it’s going to cost me around $3,000 to have one set-up in each of the rooms I like to attend to my business in.

The Street Fighter love continues with this new video from combo lord and master -Desk. In this latest video Desk not only showcases his talent with an arcade stick, but also shows that he’s got the savior-faire when it comes to video editing. He seamlessly blends together combos through Street Fighter III: 3rd Strike, Super Street Fighter IV and Street Fighter X Tekken, the smug bastard. I bet this is completely effortless for him: his delicate hands gliding over the buttons with balletic precision, whilst my potato paws smash and flail like a pair of escaped rabid seals on an ice rink.

RIOT is all pixellated politics and petrol bombs

A small team of Italian developers are hard at work trying to bring RIOT to iOs, Android, PC and Mac. They are currently looking for funding via Indiegogo in order to further improve their already impressive looking riot simulator. Aside from the tried-and-tested entertainment value that politically charged violence brings, the developers are hoping that the game will also educate and inform.

“The main purpose of this project is to create a game that will get people to be interactive with two opposing forces during clashes between rioters and police while showing the moral aspects and viewpoints of both sides,”

Whilst the project has already exceeded its $15,000 target, all further funds will go towards research and licensing, and you at least get to say that you’re the kind of person who puts their money where their mouth is. A $500 contribution will even net you an executive producer credit, no doubt allowing your name to sit alongside Tom Morello and Michael Moore. Well, maybe not.

Become one with the BPM

140 is the latest project from Limbo puzzle designer Jeppe Carlsen. Following in the footsteps of cherished gems such as Vib Ribbon, Rez and, more recently, Sound Shapes, this rhythm-platformer is looking to make synesthetes of us all.

This trailer showcases a complete departure from the sombre, monotone environments of Limbo and will hopefully allow Carlsen to prove that he has more than one success up his sleeve. I’m sure that I’m in good company when I express my fondness for getting lost in such interactive sound experiences – having recently lost a good portion of an evening completely spacing out to Sound Shapes. It’s a good way to go. +10 cool points if you match it with some decent hallucinogens, but then you don’t need me to tell you that. If that sounds like your kind of thing, put 140 on your watch list. 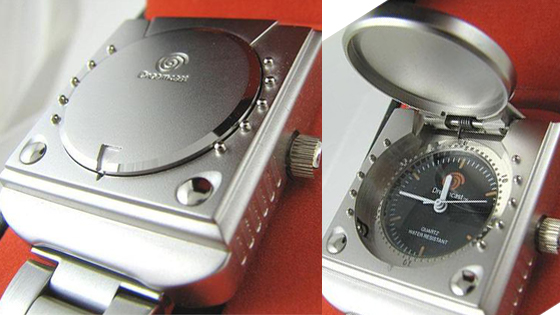 The Sega Dreamcast was, and still is, my favourite console of all time. Sure, the Saturn was on point with its 2D brawlers, but I don’t want to picture a gaming world without Jet Set Radio, Shenmue or Power Stone. That’s my kind of holy trinity. If you feel the need to share your love of Sega’s ill-fated machine with the outside world, then look no further than this slick Dreamcast wristwatch.

Priced at just under $170, it even features the oh-so-satisfying pop up lid: a feature that desperately needs to come back for the next-gen (console designers take note). Impress would-be sexual conquests with your dedication to old-fashioned time keeping, killer style and the first console to come with a modem. You can share Phantasy Star Online anecdotes on the cab ride home before you explore each others erogenous zones and undoubtedly wake up the next morning to gaze upon him/her knowing that you have found your soul mate. Buy one now, the future of the human race depends upon it.

Well, I hope that info burst will sate you until next week and give you something to enjoy whilst we all wait to find out what the PS4 really looks like. My money is going on that it looks exactly like the original PS3. Due to a lack of brand knowledge and poor internal communications, the PS4 product designer didn’t realise that the PS3 had undergone two visual re-designs in its lifespan and presented an unknowingly familiar design to his Sony overlords. The next thing you know, Sony are shitting themselves because they have actually nothing to reveal: cue a reveal event that bills itself as purposely ‘mysterious’.