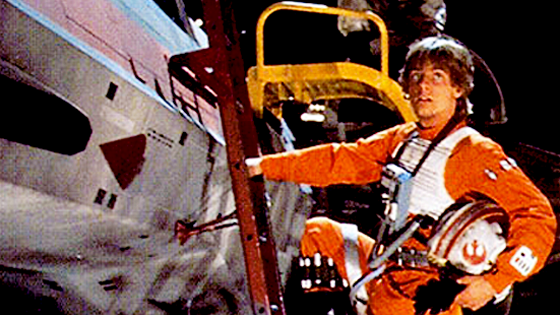 Fire up the X-Wing and prepare to take on some TIE fighters, folks. The United States Aerospace Defense Wizards have concocted a means through which they shall be installing laser turrets on their planes. If this isn’t a sign of the future, I don’t know what is. Maybe those robots that you can have sex with. They’re a sign. Sign of something.

It was science fiction before, but now it’s really happening, Young Skywalker: The US Navy and Air Force are going to install liquid-cooled, solid-state lasers in combat airplanes. Laser turrets designed to defend the planes by shooting incoming threats like surface-to-air missiles and rockets. Seriously. The above is an official concept image by DARPA, but integration is happening this year, with real firing tests coming in 2014.

The USAF has been playing with lasers in planes for a while. They worked to create the the highly successful—but ultimately shelved—Boeing YAL-1 Airborne Laser Testbed. Remember Reagan’s Star Wars? This was one of the few technologies that we got to work outside those 3D animations that scared the Soviets so much.

But that was a huge megawatt-class chemical oxygen iodine laser designed to take down intercontinental ballistic missiles and other surface-to-surface weapons. That’s why it required a 747 to ferry it around.

These are solid-state lasers that will be light enough to be installed in bombers and fighter jets, and will be fired to defend themselves against anti-air defenses like surface-to-air missiles and rockets.

The first one is called Hellads, a laser planned to be installed in tactical aircraft (the one pictured above is a B-1 bomber). Using a series of unit cells, the laser will be capable of delivering 150kW—meeting the their 5 kilogram to one kilowatt design goal. General Atomics Aeronautical Systems has already showed that they can meet the spec with a single and two-unit system that was capable of producing 34kW. This kind of energy is enough to take down the threats faced by these planes.