VALVE and Xi3 officially announce the STEAM CONSOLE or whatever. 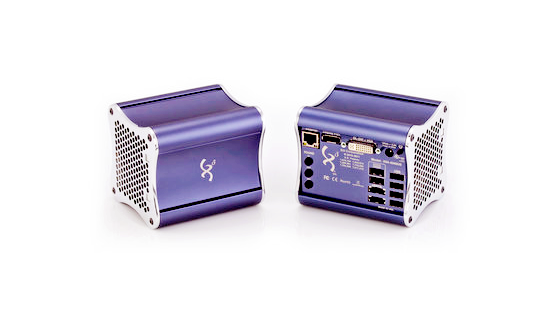 Out, out, out of the shadows! Valve and some company I haven’t heard of (but you may have because you’re not ignorant like me) Xi3 have announced the oft-rumored Steambox. I don’t think it’s actually called that. But let us hang onto that easy to remember moniker for now. Cyeah!

Valve’s oft-rumored “Steam Box” is making its first public appearance at CES 2013 thanks to a newly announced partnership with mini-PC maker Xi3.

Xi3 today announced “an investment from Valve Corporation” and a “new development stage computer game system,” which is being showcased at both the Xi3 and Valve booths at CES this week.

The still-in-development device is optimized for computer game play on large, high-definition displays. Xi3 says that the modular computer was designed specifically to support both Steam and Big Picture mode.

“Today marks the beginning of a new era for Xi3,” said Jason A. Sullivan, founder, president and CEO of Xi3. “This new development stage product will allow users to take full-advantage of their large high-definition TV displays for an amazing computer game experience.

“As a result, this new system could provide access to thousands of gaming titles through an integrated system that exceeds the capabilities of leading game consoles, but can fit in the palm of your hand.”

It is unclear from the initial announcement what the specs of the product are. We have reached out to both Valve and Xi3 for comment. This story is developing and we will provide updates when we find out more information.

[Note: Xi3 says this new product is “housed in the uniquely shaped, grapefruit-size Xi3 Modular Computer chassis,” pictured above; however, specifics are likely to change. We’ll get an image from CES as soon as possible.]