Archives
« ‘THE PLACE BEYOND THE PINES’ Trailer: Gosling is all Metallica baby!
Kevin Smith hoping to get out ‘CLERKS 3’ for original film’s 20th anniversary. I’m f**king old. » 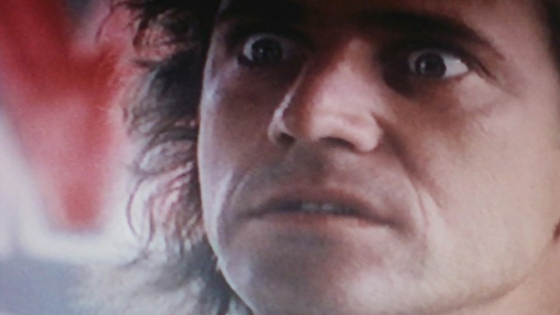 Caff: Okay, so Patrick didn’t write an introduction either. P-Rock is a wildly awesome writer and great friend, who spent this year dominating both the blogosphere and print world. He was kind enough to come back to the OL hood for the besties. Check out his Top 10 Films of 2012 over at Mishka while you’re indulging in his righteousness.

Movie: Killer Joe. The year was filled with fantastic movies crafted by auteurs young and old alike, but 77-year-old William Friedkin’s stepped in and showed everyone how it’s done. Killer Joe is perfectly directed, acted, written, shot, I could go on and on. If you haven’t seen it, remedy that on the double. Matthew McConaughey is terrifying in the title role.

TV Show: Breaking Bad continued to bring the heat in 2012 with its damn near flawless acting and writing. I’m going to be really sad when it ends next year. Hold me.

Most Disappointing Moment In Pop Culture: The fact that the Big Bang Theory is on for 27 hours a day. Seriously, knock it off with this show. Also, the renewal of How I Met Your Mother. I’ve never seen the show but I hate it so much.

Album: I suck at keeping up with new music. I really liked the new EL-P and the new Springsteen was appropriately angry. But I think I listened to Ice Cube’s “The Predator” more than any other album this year.

Book: Jo Nesbo’s “The Phantom.” I’ve been devouring the works of Norwegian crime author Jo Nesbo all year long – giving myself a seriously painful Nesboner. I fucking love this dude. is Harry Hole series has elevated the crime novel to an art form and it all concluded in this year’s “The Phantom” – a haunting novel of obsession, fate, and alcohol. It’s as depressing as it is life-affirming.

Out of Right Field Awesomeness: How 2012 turned out to be the year of Channing Tatum and Matthew McConaughey.

Video Game: I haven’t played a new video game since Arkham Asylum. I was just home in Jersey and played the shit outta my dad’s Angry Birds though.

Food: It all tastes the same when it’s covered in Frank’s hot sauce.