Archives
« ‘GUARDIANS OF THE GALAXY’ lead down to Jim Sturgess and Zachary Levi. Who you got.
Monday Morning Commute: Santa’s atomic leg-drop. »

As the year draws to an end, we all get to reminisce about the gaming highs and lows throughout. Everybody is doing it: no-one escapes the end-of-year lists. They may have different names and irregular structures, but no-one is truly above this ceaseless list-making. Why do I care? Maybe it’s because all the real writers are so busy making their lists that they’ve forgotten to give me any news to regurgitate.

I’m delving deep and brushing off the gaming news artefacts. Then I’m gonna spruce them up for you: just like I was Dr. Alan Grant.

Minecraft is the closest thing to a phenomenon that I’ve ever really witnessed in video games. I’m consistently surprised when kids tell me how much they love it, but as much as I respect it, this world-building genre-dodging game tests my borderline ADHD attention span. So when a ten-year old tells me that it’s his favourite game, my heart can’t help but be warmed, glad as I am that he is more concerned with building things than he is with destroying them. I confidently assume he’s not some sort of career troll or just building giant penises.

Anecdotes aside, Minecraft deserves nothing but the best: its legacy and influence should most certainly be documented. What better way than with this documentary? Watch as Markus “Notch” Persson and his brain-spawn become industry darlings and together solidify their rightful place is gaming history. Kudos to you, Persson. Kudos. You can download the film here or, if you have XBOX Live Gold, you can watch it on there. There’s even an official torrent on The Pirate Bay. Now that’s classy. 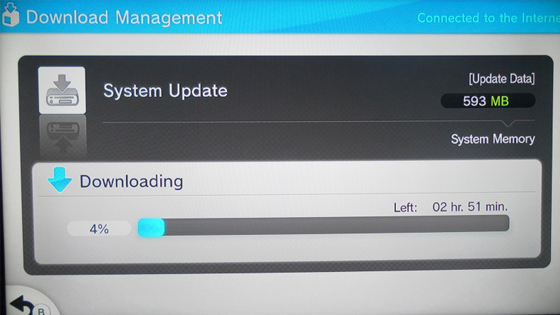 Don’t bother wrapping your Wii U just yet

Without a shadow of a doubt, this is a calculated move on Nintendo’s behalf, determined as they are to officially ruin Christmas for everyone. For years, parents have been conditioned into hoarding batteries ready for Christmas day and by now I think it’s safe to say that, as a species, we’ve got that one locked down. But wait, what the hell is this shit, Nintendo? Now I have to make sure that the gifts are updated? Are you kidding me?

Due to the substantial initial firmware update, Nintendo are recommending that Wii U’s are updated before they are wrapped and put under the tree. It’s a handy piece of practical advice, undoubtedly, but the kids are off school now and there’s no way I can secretly hook up a Wii U and let it update. It’s only now, as I channel the festive rage of my own father, that I see just how stressful Christmas could be. Thanks Nintendo, you evil, evil bastards. 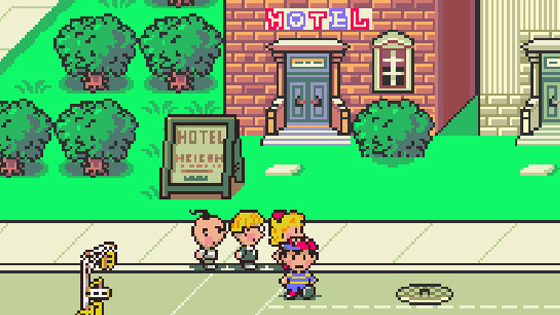 No Mother, No Problem!

Being Welsh is rough enough at the best of times. All the best food has to be imported (barring some exceptional cheddar) and the weather is almost always crap. Valleys and cheese is what I’ve got: it’s not actually all that bad. But, you know what really stinks? I’ve never played Earthbound. The role-playing series, natively known as Mother has only seen one release outside of Japan. Mother 2 was release as Earthbound in North America, but never made it to Europe.

Games writers are always recalling Earthbound’s greatness and lamenting the lack of a sequel. In all the years I’ve been reading about games, I’ve never escaped that game’s shadow. I’m sure that I could probably emulate it, but I’m a very, very, very lazy man.

Thankfully, for me and Earthbound fans the world over, Shigesato Itoi, creator of the Earthbound series is hinting that some sort of return is underway.

“Over Twitter, Itoi shared: “Since I’m allowed to drop it on you all now, I’ll just go ahead and say it. The “Mother re-release” I’d mentioned a bit before, we’re making progress on that.”

Judging by the way it’s worded, it sounds like Itoi could be saying that the involved parties are trying to get Earthbound prepped and working on current systems or for current audiences. A Nintendo 3DS Virtual Console release, perhaps?”

Hopefully, sometime soon, the rest of the world will get to play these games and undoubtedly experience crushing disappointment after decades of anticipation. 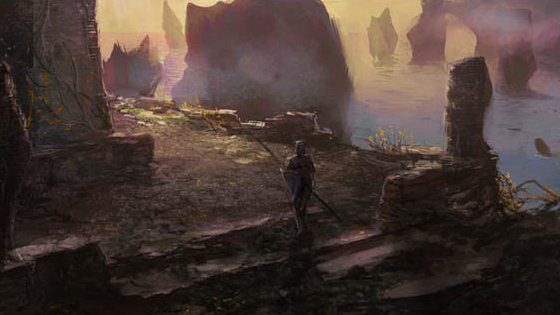 I have two fantasies in life. One of them involves lots of soap and a Japanese bath house with a minimum breast size entry requirement. The other, is being halfway decent at Dark Souls. You see, I love the idea of Dark Souls, more than I actually love the game itself. Now, I’ve reached a point in it that I found so intensely difficult that I genuinely fear playing the game. However, I still can’t deny its greatness; a game predicated on precision, rules and learning. It’s what I’ve always dreamed of.

With Dark Souls II now official and the news of a change in the project’s director, there’s been lots of talk about which elements need to be preserved and which need to be changed. More to the point, fans of the series have been seeking reassurance: fearing change as gamers so often do. However, series director up until this point, Hidetaka Miyazaki , has assured fans that Dark Souls’ core will remain intact for the sequel.

“It’s been announced as a sequel to Dark Souls, so there is definitely a core element that must be preserved.” Miyazaki said. “The difficulty and sense of achievement, the action base, level design concept and so forth. But I feel that also means that aside from such core elements, the rest can be left to the director’s discretion.”

I’m always happy to see great franchises in the hands of new talent. It reminds me of how much they went on about legacies, DNA and making a better world for future generations throughout Metal Gear Solid 2. 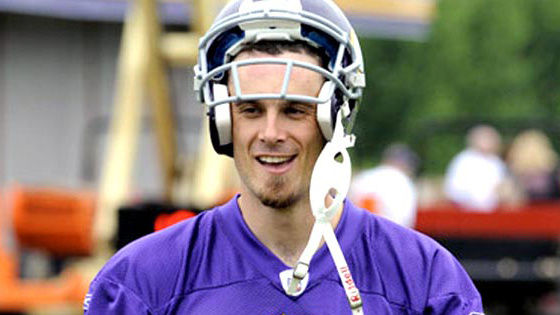 Minnesota Vikings punter, Chris Kluwe seems to have absolutely no self-confidence issues. Not content with an NFL career; he decide to see how far his love for games and a little bit of smack-talk would take him off the field. He challenged X-Com designer and producer, Garth DeAngelis, to his own game.

After defeating Kluwe, DeAngelis regularly attempted to bait him into a re-match: taunting him periodically via Twitter. Undeterred, Kluwe accepted the challenge with a best of three series of games. Kluwe managed to defeat the designer at his own game in the end, denying Firaxis control of his Twitter avatar for an entire week and securing his likeness as an unlockable character, like Ken Levine and Sid Mier before him.

Now, I may not be American, but I did watch a lot of Saved By The Bell as a child. I’m confused as to how a ‘jock’ can trump a ‘nerd’ at his own game. Did I miss the diversity episode? Or does this logic-defying event signal the coming of the true apocalypse? Only time will tell..

Damn, that’s it, right? The last Press Start of the year. Breathe a sigh of relief then, and brace yourselves for the end of year awards special next week. If you can’t beat ’em, join ’em.